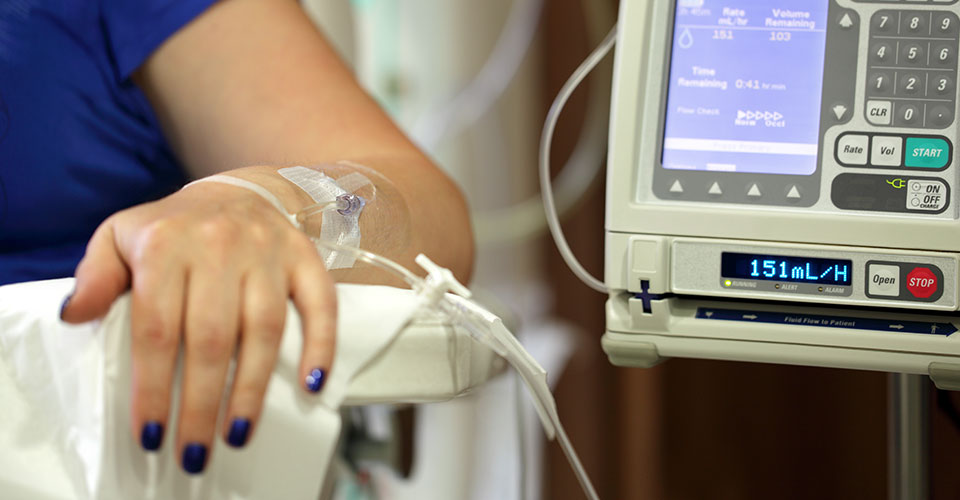 We all have heard the horror stories when it comes to chemotherapy, especially the negative side effects of the treatment, such as throwing up and constant nausea. Well, a new study is coming out now that shows chemotherapy is hastening deterioration near the end of life in the patients who have advanced cancer. This means that for someone who is literally about to die,chemotherapy needs to be very carefully weighed out before determining whether or not it is really worth it, and that is based on a number of factors. The biggest and scariest result of this new study, which is published in JAMA Oncology, is showing that the deterioration near the end of life is happening in the patients who still had the ability to perform daily activities in a normal manner. 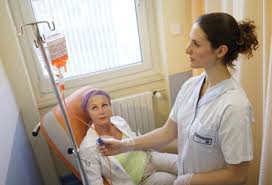 For the cancer patients with only moderate abilities or limited abilities to function normally in daily life, the chemotherapy is not making them feel any better. The lead author of the study is Dr. Holly Prigerson, and she is a palliative care researcher at Weill Cornell Medical College and a researcher at New York Presbyterian Hospital in New York. The results of the study show that the patients who had the most to lose and who were feeling pretty good, ended up being the group that gained the least, and even lost abilities, by using chemotherapy as a treatment. There have long been concerns about using chemotherapy for the cancer patients who had been given only a small amount of time to live, and a lot of physicians felt that the toxic effects of the drugs might not be offering the patients enough benefits to continue the treatment. Doctors are often faced with the question of whether or not the toxicity of the drugs and the negative side effects of the drugs outweigh the benefits or possible benefits, or whether or not the benefits outweigh the horrible and much noted negative effects. This is one of those decisions where it is really hard to feel good about the situation either way, especially in those patients who are given only a small amount of time left to live, since then you are basically trying to choose whether or not the patients will have a good quality of life with or without the medication. There are some doctors who consider giving out the chemotherapy medication as wasteful, since that group of people will certainly be dying soon anyways, and could even be a lot more harmful than the cancer itself at that point in their life.

Prigerson and her colleagues monitored the final days of 312 patients that were treated at six different oncology clinics in America, which was done to study the effects that chemotherapy had on cancer patients during their last weeks of life. The participants with advanced cancer had jointed the study between 2002 and 2008, and they all were followed until they died from their disease. At the beginning of the study, which was already when they were considered terminally ill, 154 of the patients were not getting chemotherapy but 158 of them were receiving chemotherapy. At this point, the more educated and younger patients were the group receiving the chemotherapy, and they were being treated at academic centers as well. The people who were getting chemotherapy were also more likely to have pancreatic cancer or breast cancer, and they were all less likely to have other medical conditions besides the cancer. The group who was getting chemotherapy also were more able to function during their daily lives than the group who was not on chemotherapy.

The researchers noted that more research will be needed in order to determine how the chemotherapy impairs quality of life, and what mental functionality and physical functionality is impacted the most by chemotherapy. The study might also be expanded to see how chemotherapy impacts other types of cancer during the end of life stages, such as lung cancer or bone or brain cancer, but the more aggressive cancers seem to not have the benefits when it comes to chemotherapy due to the rapidness of the disease. The researchers pointed out that certain aspects of both physical and mental health could be impacted by the chemotherapy more than others, which means that it might not be an across the board decline, and various parts of the body could respond differently to the chemotherapy, which is why or how the quality of life can suffer overall, even if certain positive aspects of the chemotherapy are present. The authors concluded though that clinical guidelines might need to be revised in order to help recognize the harm of chemotherapy during the end of life cycle. The chemotherapy is likely even more harmful to the patients who have metastatic progressive cancers, which is when the tumors spread like wildfire and grow very quickly. These metastatic cancers often will destroy a patient’s quality of life within months, which means that chemotherapy is only making the situation worse, and harming their quality of life sooner.

Another aspect to this is that chemotherapy is supposed to help patients overcome cancer, so there is not really a point to giving a patient chemotherapy when they are terminally ill and are going to die anyway, since it defeats the purpose of the drug. The goal of chemotherapy is to improve the quality of life of the patient and to help them live longer, so it does not make sense that people who are guaranteed going to die are getting this medication. The problem is though that doctors cannot really predict with certainty when someone is going to die, even the patients who are terminally ill. A doctor could say someone had 3 months to live or 6 months, but that person might end up living 1 year or longer, which is why it’s hard to tell a patient that chemotherapy wouldn’t be beneficial. Sometimes even the terminally ill patients want to try everything in the book to help them live longer, even if they know in the back of their minds that it won’t work. So this means that a doctor has to use chemotherapy if and when the patient wants to. Even then though, a doctor should be cautious concerning when chemotherapy would be appropriate or when chemotherapy would be doing more harm than good. Doctors need to start having honest discussions with patients about chemotherapy at the end of life, and why it should or shouldn’t be used, and what the risks are opposed to the benefits during this time when the patient is dying and that is going to happen regardless.

The other issue is that a doctor takes an oath to do no harm, which when talking about terminal cancer and chemotherapy it’s a very hard issue. Controlling pain and helping the patient live as comfortably as possible is the biggest goal for the doctor, so the doctor has to think about whether adding chemotherapy into that mix is going to be more harmful to the patient than helpful. In terms of chemotherapy at the end of life, there are so many issues that can come into play and impact whether it is really worth it or not, and this is a discussion that both the patient and the doctor need to have together to determine the right strategy. The guidelines probably won’t change as a result of this study, but it can help doctors better understand and know the risks they are putting their patient in if they decide to try chemotherapy during end of life situations.