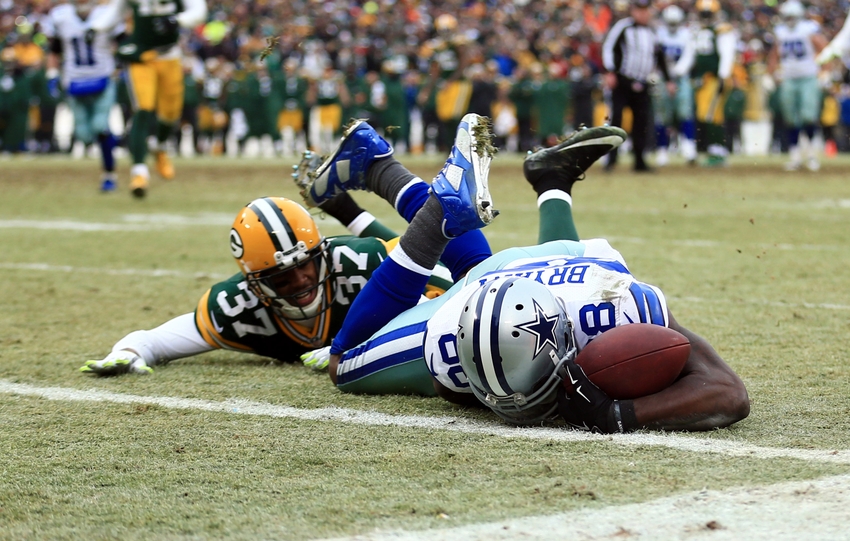 The NFL Playoffs were intense and it gave us a lot of amazing plays but two are still being talked about today.

Guess which ones? One of them was Malcolm Butler’s goal line interception of Russell Wilson that gave the Patriots the victory over the Seahawks in the Super Bowl. Many believe they should have ran the ball.

Then we have Dez Bryant’s controversial no catch, which was overturned and pretty much gave the Packers the ticket to the next round.

Cowboys fans are still not happy about it and if you ask them, they will tell you it was a catch. But Stephen Jones, the team’s executive vice president, said yesterday that he thinks “the call was correct.”

Even with his opinion on the play, Jones believes the rule should be changed so it doesn’t happen again. “Now, going forward is there a better way for some of these players like Dez Bryant or a Calvin Johnson – is there a way to tweak a rule to where you can say, ‘Hey, those guys really caught those footballs and they should be catches even under NFL rules?” Jones said, per ESPN.com.

For those that missed it or forgot about it, the Cowboys were down 26-21 on fourth down late in the game, Bryant went up and made a crazy catch near the goal line to give the team a new set of downs. Fans could almost taste the seven points and the lead. But the play was challenged and the call was reversed because Bryant did not keep control of the ball throughout the entire catch, despite looking like he did as the play went along. 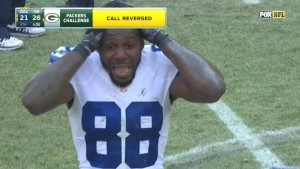 The call gave the Packers the win, they regained possession of the ball and ran out the clock to seal the victory and advance to face the Seahawks. The Packers would then suffer a heartbreaking loss after having the lead for most of the game and letting the Seahawks recover an onside kick, but that’s another story.

NFL vice president of officiating Dean Blandino met with the team to give more details on why they made that call.  “I wanted to make sure that I was in Dallas this year, because obviously it was a controversial play,” Blandino told the Fort Worth Star-Telegram.

The league decided not to change the rule after considering it, but Blandino still wanted to meet with team officials and let them know why they made that call. “We really feel that the way the rule is written now, the way it’s being applied, allows us to be as consistent as possible,” Blandino said.

“The message to the coaches and players is if you’re falling to the ground to make the catch, then you have to maintain the control when you land. And if you reach or do anything with the football, that’s not going to trump that requirement to maintain control.”

Jones was happy to hear his explanation. “(A rule change) is for the competition committee and us to continue to look for ways to get better. But I applaud everything that Dean has done,” Jones said per the Dallas Morning News.