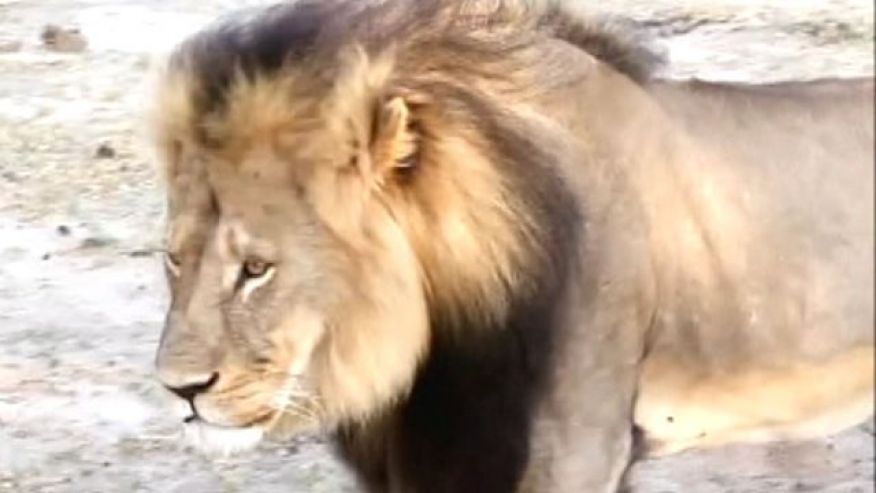 The Minnesota hunter and dentist who killed a famous lion in Zimbabwe wrote a letter of apology to his disappointed patients. The man has been threatened on all of his social media accounts and has been criticized by the media for his act.

Walter James Palmer, who paid a whopping $50,000 just to get the right to hunt a lion in that country, used bait to get the famous lion to come to him. The incident happened at the Hwange National Park earlier this month, authorities said.

The letter, which was written to his patients at River Bluff Dental in Bloomington, said he did not know the lion was a popular animal in the area and that he had been tagged for a study. He said the same to the media yesterday. “To my valued patients: As you may have already heard, I have been in the news over the last few days for reasons that have nothing to do with my profession or the care I provide for you,” he said in the letter.

“I don’t often talk about hunting with my patients because it can be a divisive and emotionally charged topic. I understand and respect that not everyone shares the same views on hunting,” he added. The letter contains some of the information he told the media yesterday.

The dentist said he hired local professional guides and had permission to go on the hunting trip. He also told Zimbabwean and American authorities that he will answer all the questions they have. “The media interest in this matter — along with a substantial number of comments and calls from people who are angered by this situation and by the practice of hunting in general — has disrupted our business and our ability to see our patients,” Palmer said. “For that disruption, I apologize profoundly for this inconvenience and promise you that we will do our best to resume normal operations as soon as possible.”

With the threats and hundreds of comments, River Bluff Dental’s official website and social media accounts have been taken down. The business is also not receiving any calls and it appears to have been disconnected. After hearing about the act, thousands of citizens wrote in the pages and criticized and even threatened 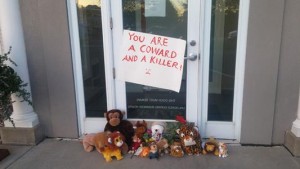 Palmer for killing the lion.

Charity Charamba, a spokeswoman for Zimbabwean police, talked to the Associated Press and said the two men that accompanied the dentist on his hunting trip will appear in court. The lion is said to have been lured out of the protected area and was then killed by an arrow. According to the spokeswoman, the police is searching for Palmer.

Yesterday, a ”We the People” petition was launched on the official White House website and has already gotten the support of more than 66,000 people. The petition asks the government to send Palmer back to the southern Africa country so he can face justice.

The petition says: “Two of Palmer’s local accomplices are already in custody. Zimbabwe authorities now actively seeking Palmer in connection with this incident.”

We urge the Secretary Of State John Kerry and the Attorney General Loretta Lynch to fully cooperate with the Zimbabwe authorities and to extradite Walter Palmer promptly at the Zimbabwe government’s request.”