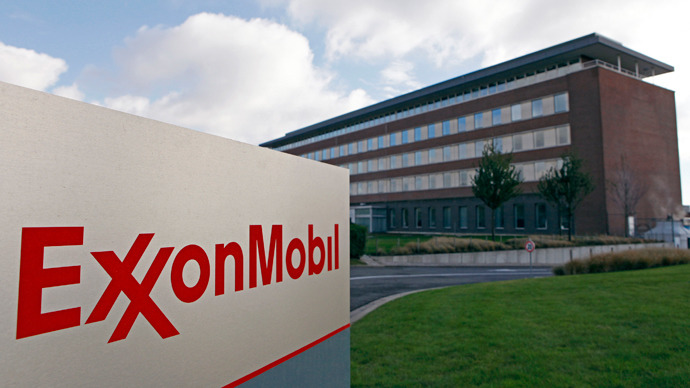 A newly unearthed e-mail from an Exxon Mobil Corporation (NYSE: XOM) scientists reveals that the world’s largest oil company knew as early as 1981 of climate change – seven years prior to becoming a public issue. In spite of this, the oil giant spent millions over the next 27 years promoting climate denial.

The e-mail provides evidence the company was aware of the connection between fossil fuels and climate change, as well as the implications carbon cutting regulations would have on the firm’s income.

A 30-year industry veteran and Exxon’s former in-house climate expert, Lenny Bernstein, wrote in the e-mail that “Exxon first got interested in climate change in 1981 because it was seeking to develop the Natuna gas field off Indonesia,” which, at the time, would have been the single largest source of global warming pollution. “This is an immense reserve of natural gas, but it is 70% [carbon dioxide]”, he added, noting that the gas is the main driver behind climate change.

Despite this, Exxon maintained the refusal to acknowledge the consequences of climate change, even amid appeals from its founding family, the Rockefellers, and continued to fund thinktanks and researchers who advocated climate denial. According to Greenpeace, the firm spent more than $30 million.

Exxon responded on Wednesday that it now acknowledges the dangers of climate change and does not fund groups that deny climate change.

Some climate campaigners have drawn parallels with the tobacco industry which for years resisted the evidence linking smoking to cancer.

In the e-mail, Bernstein, a chemical engineer and climate expert who worked with Exxon for 30 years, said the firm became aware of climate change after it considered the development of Southeast Asia’s largest gas field off of Indonesia. The concept was largely discussed only within the scientific community until 1988 when climate scientist James Hansen told congress that global warming came as a result of an accumulation of greenhouse gases in the atmosphere through the use of fossil fuels.

By that time, Bernstein acknowledged that the Natuna site would have set off a “carbon bomb”, setting off a gargantuan amount climate change pollution.

“When I first learned about the project in 1989, the projections were that if Natuna were developed and its CO2 vented to the atmosphere, it would be the largest point source of CO2 in the world and account for about 1% of projected global CO2 emissions… but since CO2 emissions have grown faster than projected in 1989, it would probably account for a smaller fraction of global CO2 emissions,” Bernstein wrote in the e-mail, which was written in response to a query regarding business ethics from the Institute for Applied and Professional Ethics at Ohio University.

“What it shows is that Exxon knew years earlier…that climate change was a reality…and to such an extent that it took it into account in their decision making, in making their economic calculation,” the director of the institute, Alyssa Bernstein (no relation), told the British newspaper The Guardian. 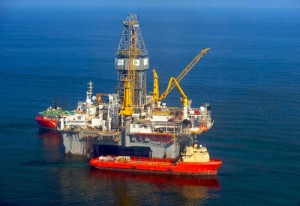 Asked about her comments, Exxon claimed that climate science during that time was at a preliminary stage and that it now considers climate change as a risk.

Richard Keil, an Exxon spokesman, said: “The science in 1981 on this subject was in the very, very early days and there was considerable division of opinion…There was nobody you could have gone to in 1981 or 1984 who would have said whether it was real or not. Nobody could provide a definitive answer.”

According to Bernstein’s account, Exxon was already aware of climate change ahead of other companies and the public – as well as the possibility of regulations limiting the emission of greenhouse gases.

“Natural resource companies – oil, coal, minerals – have to make investments that have lifetimes of 50-100 years. Whatever their public stance, internally they make very careful assessments of the potential for regulation, including the scientific basis for those regulations,” Bernstein further elaborated in the email.

Harvard University professor Naomi Oreskes, who researches the history of climate science, said it is unsurprising that Exxon would have considered climate change in its plans in 1981. But she contends Bernstein’s suggestion that other oil companies were unaware of the phenomena and engaged with Exxon’s assertion of uncertainty about the science in the 1980s, citing the National Academy of Science describing a consensus on climate change from the 1970s.

In addition to this, Oreskes mentioned that the White House and the National Academy of Sciences came out with reports on climate change in the 1970’s, with government scientific agencies studying the subject matter a decade earlier.

“I find it difficult to believe that an industry whose business model depends on fossil fuels could have been completely ignoring major environmental reports, major environmental meetings taken place in which carbon dioxide and climate change were talked about,” she said.

The Natuna gas field, some 700 miles north of Jakarta in the South China Sea, is the biggest in south-east Asia, holding about 46tn cubic ft of recoverable reserves. Exxon, however, did not go into production.

This was confirmed by Exxon spokesman Keil who did not share the reasons behind the decision, stating simply that “there could be a huge range of reasons why we don’t develop projects.”

Kenneth Kimmel, president of the Union of Concerned Scientists, said ExxonMobil and the other oil corporations had failed to take responsibility about the dangers the production of fossil fuels would pose to the public.

“Instead of taking responsibility, they have either directly – or indirectly through trade and industry groups – sown doubt about the science of climate change and fought efforts to cut emissions,” he wrote in a blog post.