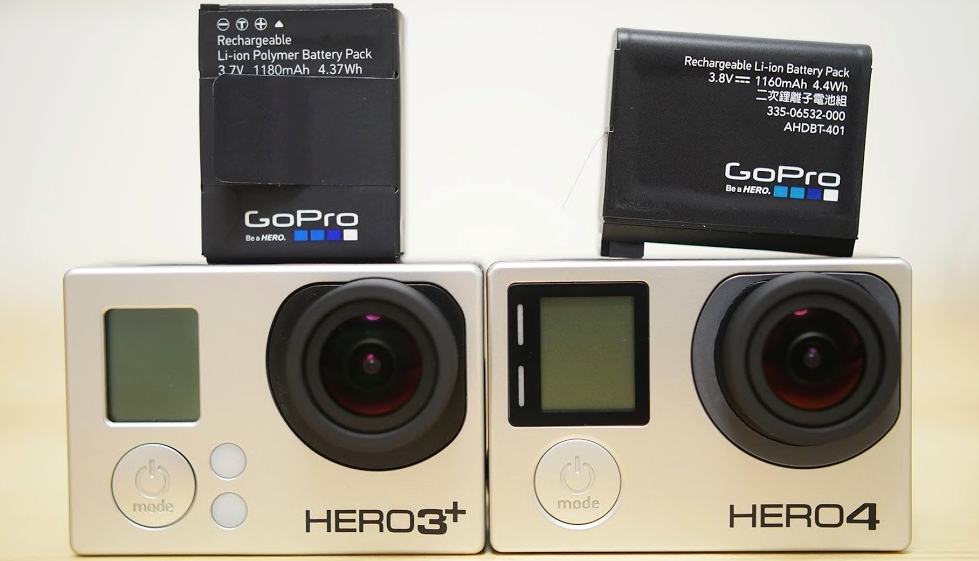 Despite many differences, the Hero4 and Hero3 have some similarities. The FOV(ultra wide, medium, and narrow), less aperture(F2.8), and sensor size(1/2.3”) are the same for both models. 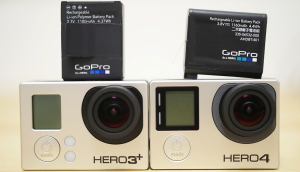 All four editions boast a mono microphone with an optional 3.5mm input. However, the Hero4 black edition goes a step farther and offers a analog-to-digital converter.

Superview is a GoPro speciality mode that uses a 4:3 aspect ratio, the full height of its sensor, and stretching the original aspect ratio to a widescreen 16:9 aspect ratio.

The Hero3 silver edition does not support Superview.

Both Hero4 editions and both Hero3 editions allow for microSD storage.

Battery life is where the older editions have the advantage. Both Hero4 editions offer a 1160mAh battery, while both Hero3 editions boast 1180mAh batteries.

Lastly we have prices.