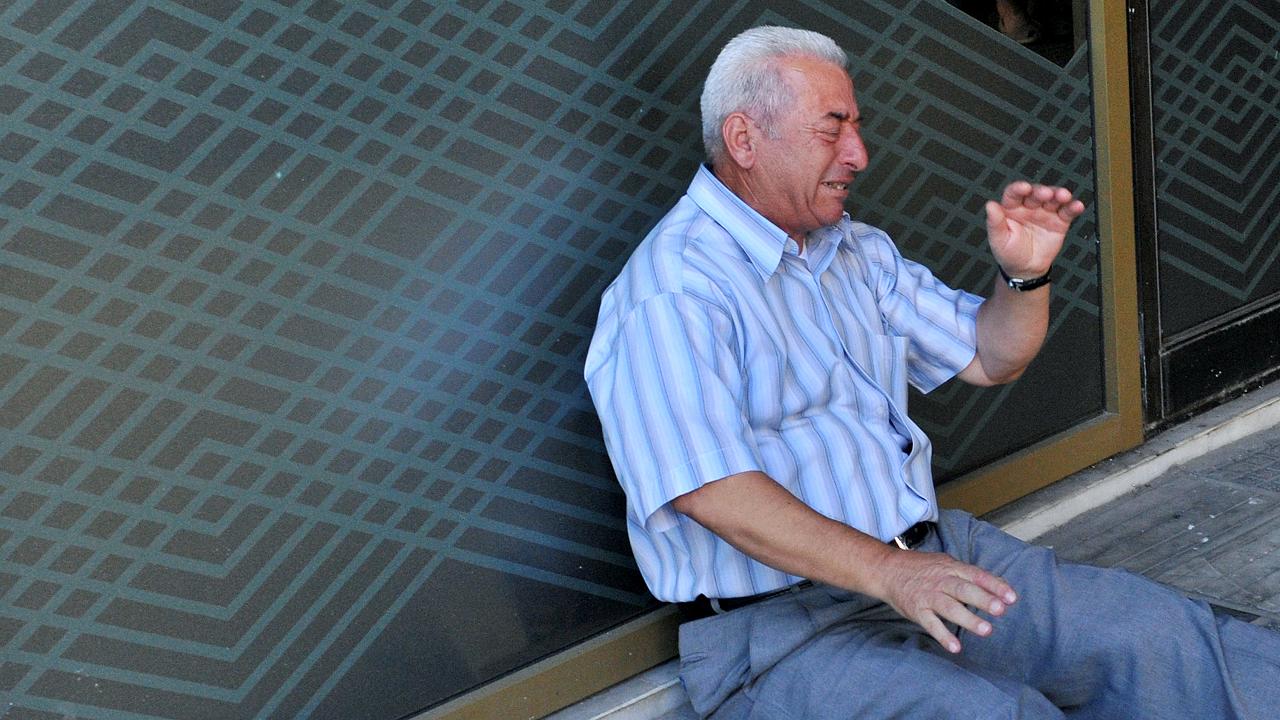 An Australian man moved by the images of a pensioner crying outside of a Greek bank said on Wednesday he was visiting the country to help the man financially after finding out he was a family friend.

Giorgos Chatzifotiadis, 77, couldn’t take it anymore and broke down in Greece’s second largest city of Thessaloniki last week and cried out of desperation after he was told that he would not get the much needed pension at the bank. The elderly man had visited four different banks to withdraw the pension of around $178 for his wife.

The picture of him leaning against the wall and then sitting on the ground crying was captured by an AFP photographer and showed the world just how bad the situation is in Greece. The nation is currently trying to elaborate a deal to avoid bankruptcy.

James Koufos, an Australian-born chief executive of a finance firm, saw the images in Sydney and thought the man looked “so much like a friend of my dad’s”.

James said he was talking to his mother, who is currently aware of the situation because she lives in Greece, 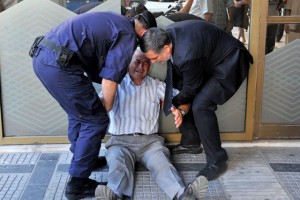 on Facebook and she confirmed that the man in the pictures was an old friend of his father, who passed away more than a year ago. “When I saw this, I said to mum, ‘What can we do?’,” Koufos said. “I got my mother to take out some cash, to find the man and give him some immediate support.”

Koufos also posted an emotional message on Facebook to find out where the man lives, and has since set up a site for those who want to join him and donate. He will leave Sydney this weekend and arrive in Greece’s capital, Athens. He will then travel to the city of Thessaloniki and talk to the pensioner and deliver the help. “We’re going over there to surprise him and just give him quite a substantial amount of money,” said the businessman. “Plus, we’re also raising some money from corporations … who want to donate.”

Donations For Others Too

The donations are also going to be used for others, not just Chatzifotiadis. “We’re dealing with a few places that deal with shelters in Athens and Thessaloniki to offer immediate support where we can with shelter and food.”

Koufos’ family is also from the same city and Chatzifotiadis is so close to them that he attended his sister’s wedding.

Australia has a large number of Greeks. Melbourne, Victoria’s coastal capital, has the third-largest Greek-speaking population of any city in the world. Koufos, whose parents are from there, said he was moved by the images.  “Those photos had such an impact, not just on me, but a lot of people I know,” he said.

“I’ve had grown men that I know in front of me and over the phone bawling their eyes out on just how much it hit them.”

European leaders met yesterday and told the government to come up with a plan to solve the crisis. If no deal is reached by Sunday, the country will go into bankruptcy.