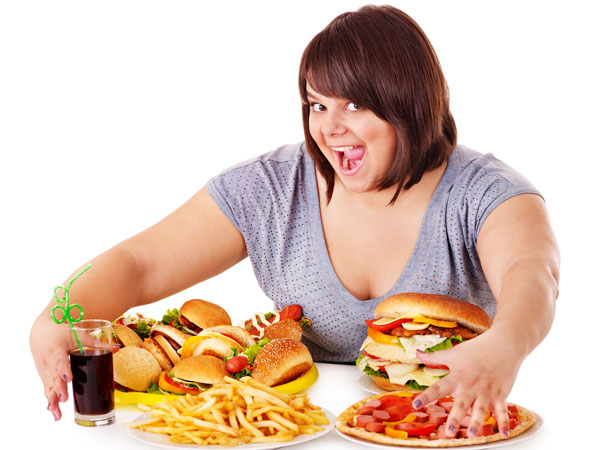 Researchers from Rutgers Robert Wood Johnson Medical School have published a study in Cell Reports, and this study shows that a hormone deficiency is responsible for people overeating. While some people think that you end up getting that extra piece of pie because your hungry, but there are times when you are not hungry and you end up getting that next piece anyways. This type of behavior could be contributed to the absence of a hormone that should be in your brain, and this is causing you to overeating. 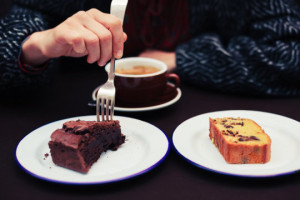 In this new study, the researchers found out that when a specific hormone glucagon like peptide-1 is reduced in the central nervous system of laboratory mice, the mice ended up overeating and consuming more high fat foods. The high fat foods are of course, what usually is harder to break down in the body. The mice who had their glucagon like peptide, known as GLP-1, reduced, the mice ended up eating beyond the need for the caloric intake, and then showed an increased desire and preference for the high fat foods. Co-author of the study, Vincent Mirabella, is a medical school and doctoral student who wrote a conclusion about the results of the study. Mirabella said “The mice in which the GLP-1 deficiency was induced ate beyond the need for calories and showed an increase preference for high fat food.” Mirabella also said, “Conversely when we enhanced GLP-1 signaling in the brains of mice we were able to block the preference of high fat foods.”

GLP-1 peptides are very small sequences of amino acids that have a lot of different functions, including to regulate eating behaviors. These amino acids are secreted from cells in the small intestine and the brain, and they are supposed to let our brain know that we are full and satisfied, which means we should be getting the notification to put down the food. The Rutgers researchers say that it was previously not clear how the GLP-1 was released into the brain and how that contributed to regulation of appetite. While this is definitely responsible for why some people overeat, the hormone deficiency is not the only reason people overeat. This new study though does provide some insight and new evidence about how to better control overeating and obesity. Instead of looking at a whole body approach, there needs to be a specific approach to the mesolimbic dopamine sytem, which is the reward circuit in the brain. If you begin targeting the reward system in the brain, there is a better chance of getting a grasp on the obesity issue without all of the side effects of the whole body treatment option. The reward system in the brain is very complex in terms of motivations, sometimes they are genetic, such as having a family history of an addiction or addictive-like behavioral pattern, which then makes it harder to treat with drugs.

The researchers found out that by activating the GLP-1 hormone in the mesolimbic system, it hindered the communication between the neurons, and these neurons communicate to control the reward behaviors like eating. The study result was that the mice were consuming less food all together, and then ended up losing the preference for the high fat foods, and this was the most important part of the study results. Senior author and also assistant professor, Zhiping Pang, said that “These are the same areas of the brain that controls other addictive behaviors like drug and alcohol abuse and nicotine addiction.” This study does have broad implications when it comes to understanding how the GLP-1 functions to influence motivational behaviors. The central nervous system helps control why we eat, how much we eat, and when we stop eating, and this helps the body respond to the environment. Hedonic hunger is when you are eating for pleasure and not to gain energy, and this research helps figure out the motivation behind this type of eating behavior. There are a lot of physiological and motivational factors that can provide a better understanding of eating habits of modern times, and why a dysfunction in this could occur, and then we can figure out how to treat these dysfunctions. Currently, there are not many effective treatments out there to help people with overeating, but knowing about this hormone deficiency can help researchers develop targeted medications that will only go after this hormone deficiency.