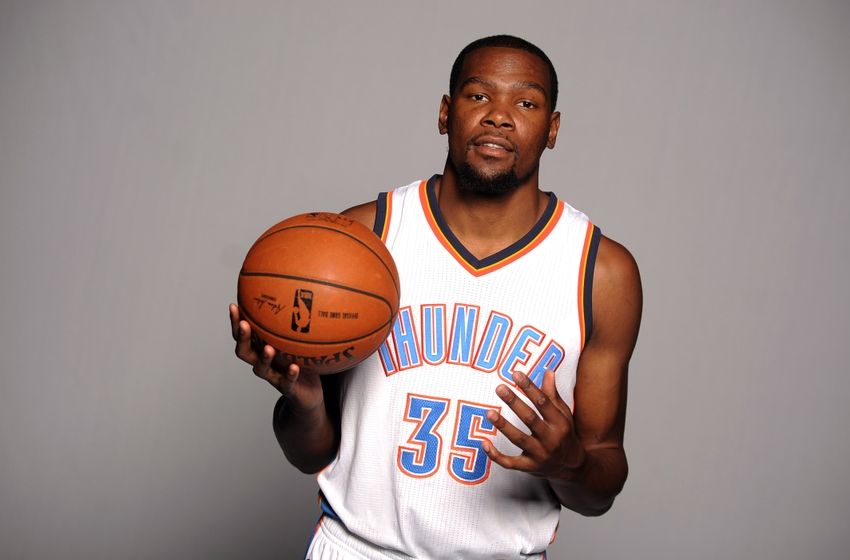 Kevin Durant had a two day break in his long rehab after a surgery that left him out for the season and decided to go over and watch some summer league basketball and his team, the Oklahoma City Thunder. “I’ve been in OKC since the season ended, since I had surgery,” Durant said. “These are my two off days, so I just tried to get out and see some basketball, check out the guys.”

Durant said his rehab is now on “Phase 3,” with him already able to take some shots but not run or make cuts. He said he’s made progress and everything is on track to be cleared in August. “We’re doing X-rays every two weeks, and it’s looking good,” he said. “So I’m excited to get back, man. There’s no pain, and looking forward to getting back.”

The OKC star had his third and last surgery four months ago, which left him out for the rest of the NBA season. The surgery put a four to six month timetable on his return. It was a long season for Durant, who had two other surgeries on his foot, and watched his team lose a small lead for the eight and final seed of the Western Conference.

Durant played 27 games for the Thunder last season and they managed to win 45 with Westbrook as the leader of the offense. “It was tough, it was tough,” Durant said. “But it’s all part of the journey I’m on, man. I’m just going to continue to stay positive and keep working hard, and everything will work out.” 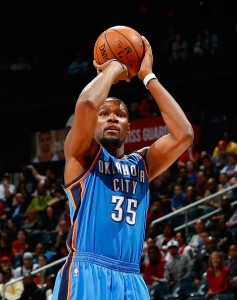 The injuries and being out for so many games was a new thing for Durant, who had missed only 16 games in his seven year career before last season. The former MVP said he is going to use this experience to get even better. “Looking back on it now, there’s a lot of stuff I would’ve changed, but it was necessary to go through what I had to go through, mentally, and I’m in a great space right now,” he said. “Maybe because I’m closer and closer to playing again, but I’m in a great space.”

“It is what it is, man. I’m just trying to continue focusing on getting better and rehabbing and killing that part of this journey and hopefully getting ready for next season.”

Durant has gotten bigger throughout the rehab and just got out of the walking boot. “I think I gotta lose some weight to be honest,” he said. “But I’ve been putting in a lot of work in the weight room. I haven’t moved at all for 12 or 13 weeks, so last week was really the first time I’ve got on the court and dropped some sweat. I’ve just been working out in the weight room and eating and just resting up, so like I said last week was really the first time I got on the court.”

The forward said he is now watching where the free agents go and said he is not surprised on LaMarcus Aldridge decision. Durant will be a free agent next season and was asked if he has thought about it. “No, I haven’t thought about it,” he said. “I hear it all the time, but I really am just focusing on rehab. I can’t get there unless I take care of today. That’s the way I look at it even though I hear it from every side, thinking past to next summer. But I’m not even trying to focus on that.”

Will he stay? Does OKC have a shot at making the Finals next season?