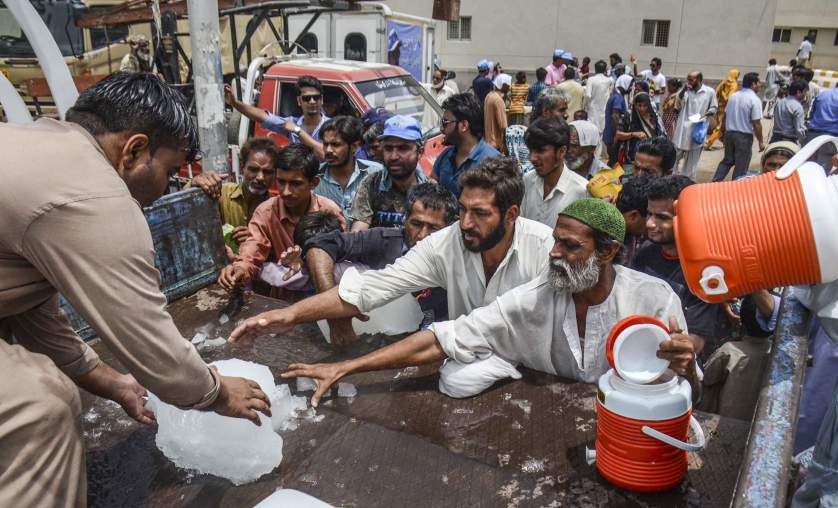 A lethal amalgamation of factors which include poor urban planning, a largely neglected energy infrastructure, climate change, Ramadan, and erratic weather conditions have been blamed for the countless deaths of more than a thousand Pakistanis as a result of a recent heat wave.

The two-week long heat wave, which has only recently subsided, started in June and has caused more than 65,000 people suffering from heat strokes, the majority of which took place in Karachi, the country’s largest city. The provincial government of Sindh, where Karachi is located, estimated the total amount of deaths to be around 1,300.

The large number of bodies and the intense heat overwhelmed Karachi’s morgues, many of which ran out of space. According to Anwar Kazmi, a senior official of the charitable organization Edhi Foundation, bodies had to be stacked on the floor of the morgues, with refrigeration units not working properly “because there were too many bodies.” 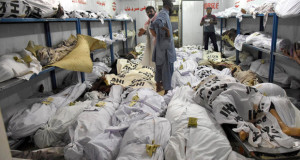 He also mentioned that due to the immense inflow into the morgues, unidentified bodies are kept for 20 days before being buried. This compounds into the issue of organizing “funeral prayers and…finding space for the graves,” Gul Pasha, a Karachi cemetery worker, told VICE news.

At a staggering 109 degrees Fahrenheit, Karachi was hit by the second highest temperature ever recorded in the city. This was in addition to the abeyance of a breeze that usually flows from the Arabian sea, which has been largely blamed on global warming and climate change.

“Along the coastline the sea wind normally blows for 10 months, which keeps Karachi weather more moderate, but this year in June, a hot month, suddenly the sea wind stopped,” Dr. Muhammad Hanif, the director of the national weather office Pakistan Meteorological Department, said. “This was really dangerous and alarming, and we have no idea why this happened.”

He added that “in the past 10 years the winter season was reduced from 115 days to 80 and the hot weather season was extended from 150 days to 180”, citing global warming as a possible cause.

“It is a major change in the ecosystem which means in future the nation may face more heat waves like Karachi or the storm in Peshawar in April which left 44 dead,” he further told VICE News.

Pakistan’s poorest residents were disproportionally the most affected by the heat wave, with many having to work outside and unable to take days off regardless of severe weather conditions and sickness.

Despite a month of fasting, inadequate government response to blame

A doctor at Karachi’s Civil Hospital said that most of those died or were treated for heatstroke were people observing the Islamic holy month of Ramadan during which they are required to abstain from eating or drinking from dawn to dusk. In light of this, various religious leaders have urged observers to break the fast if they are feeling too ill.

One prominent Islamic cleric, Tahir Ashrafi, told Australian news network ABC: “We [religious scholars] have highlighted on various television channels that those who are at risk, especially in Karachi where there is a very serious situation, should abstain from fasting.”

According to environment expert and activist Major Abid Hussain, the number of deaths could have been avoided despite the extreme weather taking place during Ramadan. He criticized the failings of Pakistan’s government and the poorly developed energy network.

“Karachi is a bad example of unplanned construction which lacks basic facilities,” Hussain said. “So then when people suffer from heat stroke it causes so many deaths. It is alarming and the Pakistani government and people need to learn from this disaster and take sufficient steps to meet the challenge of climate change.”

This was supported by another environment expert, Moazam Khan from the World Wide Fund for Nature, whose mother died of a heat stroke despite facilities available in their home. “This disaster is due to the [government’s] lack of ability to respond…my air conditioning wasn’t working due to the lack of electricity,” he claimed.

A report by the BBC pointed out that Sindh’s provincial government has been criticized for its slow response to the crisis. In turn, it blamed the federal government and Karachi’s private electricity company, K-Electric, for cutting off power during the crisis.

A spokesman for K-Electric, however, said that the failure of power in Karachi was “due to the increase in consumption”. He affirms that power had now been restored.

The Pakistan Meteorological Department has warned that there is a likelihood that Karachi will be hit by a new heat wave with the same ferocity as the pervailing one. Touseef Alam, former chief meteorologist of the PMD in Karachi, told VICE News that “relief efforts should continue with the same pace even if the city receives rain.”

The department expects the temperatures to reach 107 to 109 degrees Farenheit.