Nintendo Co., Ltd (ADR) (OTCMKTS:NTDOY) has not really stood out these last few years. The company did have some success with the Wii early on, selling millions of consoles while angering fans that couldn’t get their hands on one with their limited shipments. Almost nine years after the release of the Wii, the company is still popular but its current console, the Wii U, has not really taken off. Since its release more than two years ago, the video game console has been criticized for its lack of games 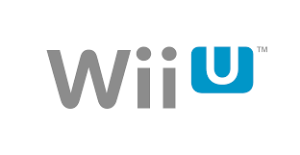 and the little use for its tablet controller. But the biggest problem seems to be the hardware, which does not even come close to its competitors. The console hasn’t even been out for three years and rumors are already saying that its time is coming to an end. The replacement is known as the Nintendo NX, no one knows if the company is going to use that name but that’s what everyone calls it for now. The Nintendo NX could also be a new handheld console as a replacement for the popular 3DS, or a combination of the two. But rumors say that it’s most likely a console that will finally give fans what they’re waiting for.

The Wii U is considered a disappointment to most and no one is surprised that the company is already looking to move ahead and give fans much better hardware, one that can compete with the two giants.

Nintendo has already confirmed that they won’t talk about it until next year and could take more time after the company’s President Satoru Iwata passed away a few days ago. But that hasn’t stopped retailers around the world from taking pre-orders, which is a little ahead considering that we barely have any information on the console. Some reports going around the Internet are saying that the console could hit stores a year from now.

Nintendo has said in the past that the NX will be a brand new concept, but that could mean anything. The Wii and Wii U have been a little different from its competitors, giving us ways to play without having to use the regular controllers. Remember the Wii Sports game that came with the Wii? That was unique and fresh at the time, what will they bring now?

The NX will be something different once again, so it probably won’t be close to what the PS4 and Xbox One offer. Other sources say that Nintendo will once again release a console that is not as powerful as its competitors, which would be shocking because some of the big titles can’t be released on the Wii U and is making some stay away. One of them is Project CARS, which raised money for the Wii U and all the other consoles, but was cancelled because the company was struggling to run the game smoothly on Nintendo’s platform. There is a possibility that the game will come out when the NX is released, but that hasn’t been confirmed.

Rumors at one point even said that the company would switch to the Android operating system, but Nintendo quickly denied that.

The console has not been revealed and no one really has exact information on it, but there are a few games already confirmed for it. Those are Dragon Quest X and Dragon Quest XI, the third could be the new Zelda game, which was supposed to be out for the Wii U but was delayed.

What do you think? Should Nintendo make their new console as powerful as its competitors? Should they try to be different once again like they did with the Wii and Wii U? Let us know in the comments.