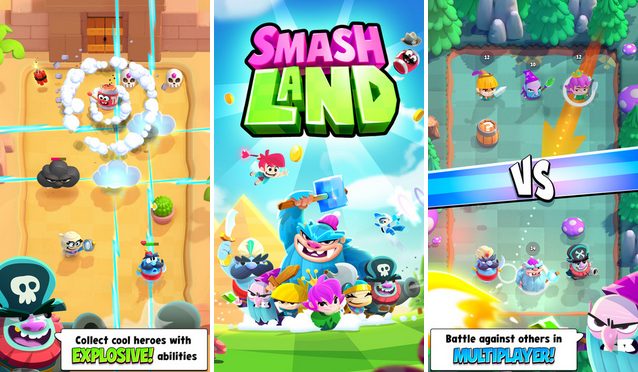 It appeared that Supercell, the creator of the huge hit Clash of Clans, had another huge mobile game on the horizon with Smash Land. Smash Land had been soft launched in Canada and Australia, but just recently, Supercell announced that Smash Land would not go further into production, with the game being axed by the mobile game giant. 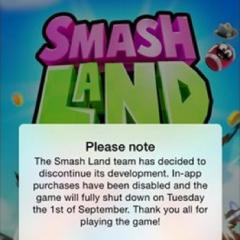 The test group from Canada and Australia had managed to open up the game somehow, which ended up letting more mobile game players get their hands on the game early that lived in these areas. It seemed from the test group and those that had a chance to play it that Smash Land was going to be another hit for the company, which also had created the super popular games Hay Day and Boom Beach. Supercell had even gone so far as to accept money via microtransactions for the game, but that has also been canceled ahead of the official cancellation of Smash Land, which will really be on September 1.

Supercell announced that the game was being canned on the forum, and said that “despite its popularity and positive feedback from players, it was proving difficult to reach the high standards set by our other games.” There was a bit of controversy around Smash Land, since some players had thought the game borrowed a lot of gameplay aspects from the Japanese mobile hit Monster Strike. This might have been what Supercell was talking about in the “other games” reference, since a lot of players were unhappy Smash Land seemed to really follow Monster Strike to a tee on a lot of aspects. Typically, gamers do not like it when a game or developer seems to be using ideals that have come from another game, but it’s not known if the company behind Monster Strike reached out to Supercell about the very similar gameplay.

The developer then added that “We did not want to continue for the sake of continuing as that is not the Supercell way.” Since the official termination of the game is September 1, there is a chance players can still play what is available of the game in the areas where it was soft launched, although the company did not say if people would still be able to get into the game at this point or if the whole system was already offline. For now, it looks like we will have to wait a little longer for Supercell to come up with another huge game, which might be a good thing, since it’s never good business to put a game out there when you know it is not up to your standards as a company.