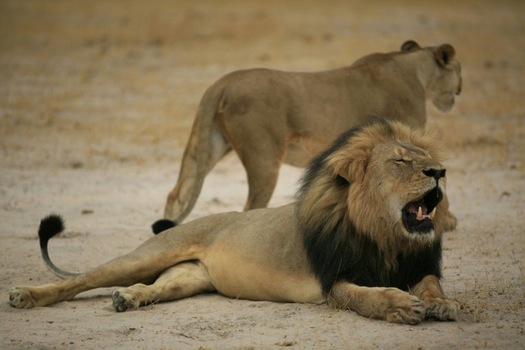 A dentist from the Twin Cities, Dr. Walter J. Palmer, has been put into an international firestorm after he admitted he was the man who killed a beloved lion in Zimbabwe, known as Cecil on a July 1st hunt. Palmer, who lives and works in the Twin Cities, is now coming out to defend himself amid all of the fury, although his statement seems to put all the blame on his tour guides that he had with him during his hunt. 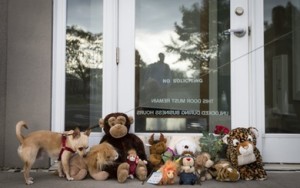 Cecil was a lion that was a favorite among the locals and tourists, as well as wildlife researchers in Zimbabwe. Zimbabwe game officials say that they are “looking for Palmer” and have already said that two of Palmer’s guides will be charged in the incident. Palmer claims that he did not know the lion he killed was Cecil, the beloved lion, and Palmer said he did not know the lion was collared and part of a study until the end of the hunt. Allegedly, Palmer had secured all of the proper permits to hunt in the area and he said that as far as he knew, everything was legal and handled properly, including getting the professional guides for the trip. Palmer said he regretted killing the beloved lion, Cecil, and he thought the guides were taking him on a legal hunt, at least that is what Palmer is claiming.

Palmer, 55, is a big-game hunter who lives in Eden Prairie and is a dentist who has a practice in Bloomington, MN. Palmer is also a prominent bow-and-arrow hunter, who has traveled all over the world killing big animals and going on hunts with various guides throughout the years. Palmer has had other run-ins with the law in regards to his love of hunting, and in 2008 he pleaded guilty to a license violation when he shot a black bear in Wisconsin. Palmer said he had yet to be contacted by anyone in Zimbabwe or within the United States, but he would cooperate with investigators, and his public-relations firm said he is still in the Twin Cities. Palmer’s statement concluded with an apology, “Again, I deeply regret that my pursuit of an activity I love and practice responsibly and legally resulted in the taking of this lion.”

The question here is since Palmer has previously pleaded guilty to a license violation, if this will play into whether or not he is charged in this incident. It sounds like Zimbabwe wants to charge him with a crime since Cecil was a lion that was part of a study for the wildlife team, and was also so beloved in the community. It is not known whether the United States would be able to charge him with a crime, and if Zimbabwe charged him, it is not known whether Palmer would be extradited to Zimbabwe to face the charges. Palmer seems to be placing the blame on his tour guides, who were the people securing his permits to hunt in the area, but he is not really taking responsibly for his own actions, which is hunting animals like lions, which are becoming vulnerable to extinction due to people hunting them.

Whether or not you agree with hunting for sport or not, it is a right of the person to engage in the act, although the person should be taking responsibly when their actions result in the death of an animal that is protected. There are a lot of unanswered questions right now, but Palmer does have support of people outside of his dental office, who are leaving him stuffed animals and notes. Even with some people supporting Palmer, there is outrage on an international level going on over his actions, so this is becoming a very heated debate both in America and abroad.