The U.S and Turkey have agreed to join forces and fight the Islamic State group in northern Syria, a senior U.S officials said Monday. Turkey also promised to keep fighting the Kurdish militants.

The surprising agreement with the U.S was announced right around the same time Turkey angered its Kurdish minority by attacking a Kurdish-held village in northern Syria. A senior U.S official told AFP that Ankara and Washington aimed “to establish an ISIL-free zone and ensure greater security and stability along Turkey’s border with Syria.”

The two have not revealed details on the zone. This information was said by a official, who asked not to be named. The agreement would help Turkey in its recent fight with the group, who just a few days ago carried out a deadly attack in one of their cities. Many are not sure if Turkey will slow down its efforts against Kurdish militants to go all in against the Islamic State group. 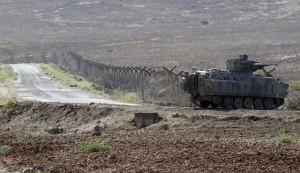 But Turkey recently said, “We will continue our fight until we obtain a certain result.” The nation has gone against them for a while now and wants the Kurdish separatists to deliver on the promise they made two years ago, which was to lay down arms.

US State Department spokesman John Kirby made it clear that Turkey had the “right to defend itself” against the PKK, which the U.S has labeled as a terrorist organization. Kirby said the “fight against ISIL is not in cooperation with, coordination with or communication with the PKK. Our fight against ISIL is with 62 other nations in this coalition who are helping us go after these guys.”

Turkey has organized a NATO meeting for tomorrow to discuss an offensive against these groups. French President Francois Hollande, called Turkey’s president and “thanked his counterpart for the vigorous action against Daesh and for strengthening Turkey’s engagement alongside the (anti-IS) coalition.”

A NATO official said they support what Turkey is doing against the Kurdish militants, as long as it’s in self defense. That same official also told Turkey to be careful with the Kurds, who in the past have discussed a peaceful political solution.

The Syrian Kurdish People’s Protection Units (YPG), which has fought IS and repelled them from some areas in Syria, said Turkish tanks hit its positions injuring four of their members and a few residents. Turkish officials denied that the attack was for them and said that they responded at fire coming from that area.

Turkish Prime Minister Ahmet Davutoglu said the agreement would change everything, but ruled out sending ground troops into Syria, where most of the people are joining the Islamic State group and then coming over to plan and carry out attacks.

Turkey will now allow the U.S to use its Incirlik air base to attack the group. Davutoglu said Ankara’s demands for a no-fly zone were discussed but there is still a lot to talk on the subject. “Air cover is important, the air protection for the Free Syrian Army and other moderate elements fighting Daesh,” he said. “If we will not send ground forces — and that we will not do — then certain elements that cooperate with us on the ground must be protected,” Davutoglu added.

The recent attacks and violence across the border has made Turkey take action, after days of protests against the government and authorities.