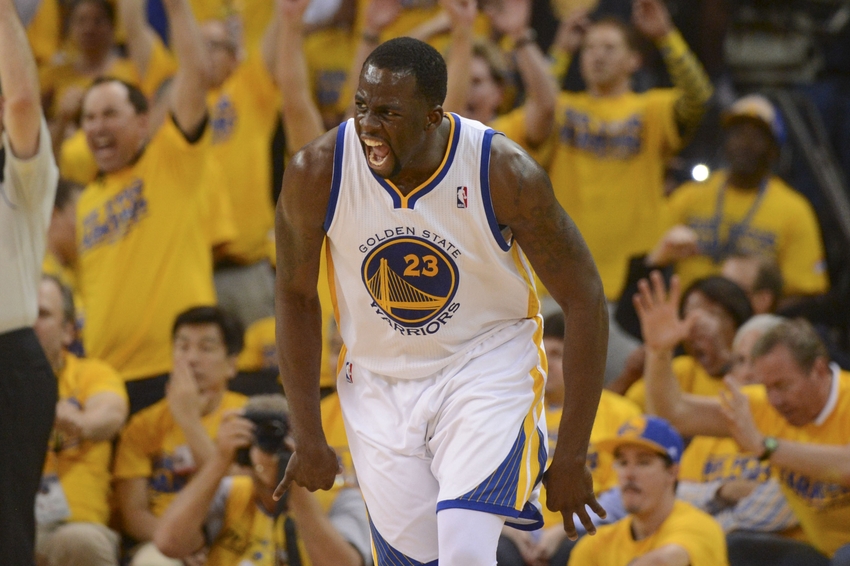 Forward Draymond Green is back with the Warriors after agreeing on a five year, $85 million deal.

Green and the team appeared to be going separate directions a few days ago. The forward was prepared to visit all the teams interested but Golden State made an offer that was good enough to make him stay. “I’m excited, thankful and grateful to be back in the Bay,” Green said in a text message to Yahoo Sports.

Green, posted big numbers last season, he averaged 11.2 points, 8.2 rebounds, 3.7 assists in 31.5 minutes. He also started 79 games and helped the Warriors win their first championship in 40 years.  Green was a second round pick of the Warriors three years ago and has made just $2.6 million in his three years in the NBA. Experts had him getting close to max deal money and he got it.

Green is considered a better free agent than both and the Warriors were caught off guard by their huge deals, a league source said. 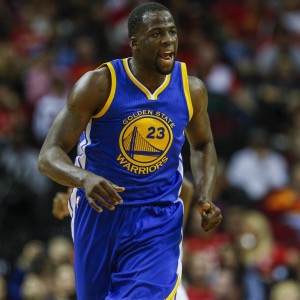 The Warriors are expected to get hit by the luxury tax next season, with $83 million locked in on salaries, which does not include this deal. Golden State could cut some numbers by trading David Lee, who will make $15.4 million in the final year of his contract next season. He has been slowed down by injuries recently and lost his starting job.

Green thanked Warriors owners Peter Guber and Joe Lacob, general manager Bob Myers, president Rick Welts, and the “entire Warriors organization. “Thanks Coach [Steve] Kerr and staff for helping me become a better player, and thanks to my teammates for being great accepting,” Green said. “I love the fans. Thanks for being great. Now, let’s chase championships.”

Just a few days ago, many thought he would take his talents to the Detroit Pistons. Green only lives one hour away from their arena and it seemed like a good option. But the one thing they didn’t have going was that Green wanted to sign for a winning team and not a team that has missed the playoffs the last six years. The 2015 first all-NBA defensive team selection was ready to meet with other teams right when the free agency period started on Wednesday. The Houston Rockets and Atlanta Hawks were among the other teams interested in making an offer. Warriors fans thought he was gone after he said, “It was fun. I built relationships that will last a lifetime. They’re a first-class organization. I had a great experience, but that probably won’t change.”

The Warriors did have one advantage and it was that Green was a restricted free agent and the team could match any offer. Of course, it wouldn’t have been easy with other players already earning big bucks. The team had to sign him fast and they did just that.