Microsoft released the very anticipated Windows 10 on Wednesday. How did they do? 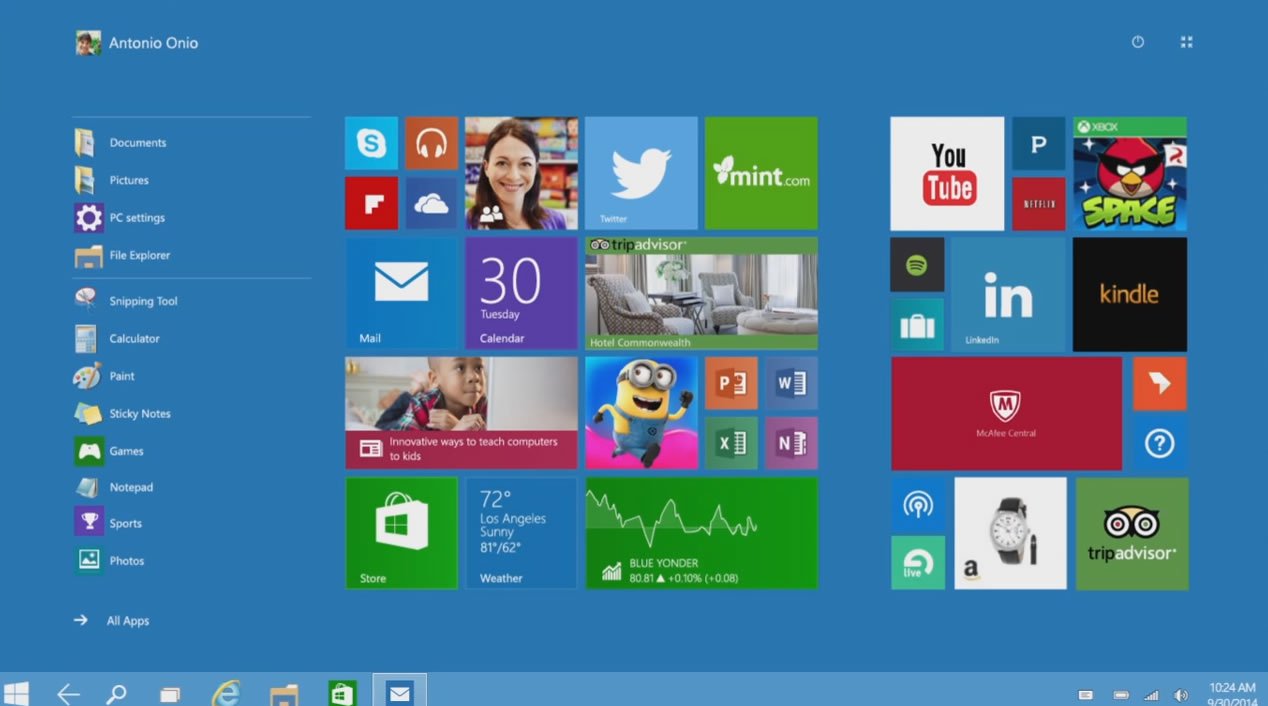 In case you did not know, Microsoft Corporation (NASDAQ:MSFT) released Windows 10 early this Wednesday. Computers around the globe began to update their version of Windows.

If you are currently operating on Windows 7 or Windows 8, then the upgrade to Windows 10 will be free. However, this is only if you update within a year time span. Microsoft seems to be receiving much more positive feedback than when they revealed Windows 8. In 2012, the new platform and interface was different and confusing for some users. Rather than a simple desktop with the classic start menu, they introduced large, eye-catching tiles.

Many anticipating the Windows 8 release were disappointed, which led to the dismissal of the Microsoft employee in charge of the Windows 8 development. Steve Sinofsky may have angered many with Windows 8, but could Windows 10 make an amazing comeback?

Microsoft made it short and simple, and reassured that “the familiar Start menu is back.” Within the first 24 hours of the release, Microsoft was happy to see the response they got from customers everywhere. The company is still attempting to update all computers to Windows 10 in the following days.

Another thing Microsoft did right was ensuring that the update process was easy and user-friendly. To make sure their release was executed perfectly, they first made the update available to Windows Insiders only. They currently have 14 million devices operating on the new Windows, with many more looking to upgrade in the following weeks.

Make sure to check your system tray for a notification if you have reserved a version of Windows 10. However if you have not reserved your update, take a look at the Get Windows 10 application. Microsoft is working around the clock to make sure you get your update, just be patient!

Although this release of Windows 10 was clearly a success for Microsoft, the other side of their business is lacking. More people are using mobile phones over PC’s, which is the main problem Microsoft faces. Big name companies such as Google Inc (NASDAQ:GOOGL) and Apple Inc. (NASDAQ:AAPL) are well established in the mobile phone and PC industry.

There are around 2 billion people around the globe running Google’s Android OS software or the Apple iPhone’s iOS. Compared to the 1.5 billion PC’s operating on Windows, it is clear that the company is trailing behind in the smartphone industry. Their recent cuts after purchasing Nokia’s smartphone business is another example of their position in the market.

Wondering if you should download Windows 10? Learning about a few key features and upgrades that are included in the update may sway your decision.

One change Microsoft made was replacing Internet Explorer with “Edge”, their new web browser. They also implemented Cortana, who functions like Siri and is able to arrange tasks and searches through the power of your voice.

A small feature for gamers would be enabling Hololens compatibility, making VR headsets easier to use. There are many more improvements and features that come along with the update, and it seems to be getting more love than Windows 8.

If you applied for an automatic download, be aware that Windows 10 is a 6GB update. Microsoft looks to give Windows 10 small upgrades in the future that will be released via internet.