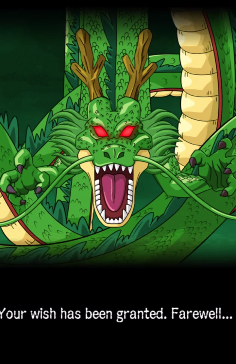 Struggling to get past the difficult Hard and Z levels in Dragon Ball Z Dokkan Battles?  Are your friends surpassing you in the game and you have no clue how?  You have come to the right place.  You will be able to find plenty of tips and tricks in order to find out how you will be able to fully utilize your characters to their maximum potential.  Read further down in order to find out how to get farther than your friends in Dragon Ball Z Dokkan Battle in 2017. 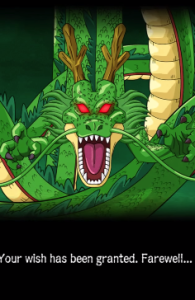 In your battle, make sure that you are always able to use the characters you have to the full potential.  This means that you should be using whatever skills that they have.  The skills that they have specifically to them are called Link Skills.  You are able to use these extra abilities whenever you are placing the right Z-warriors in the same line.  Some characters are able to give a stat boost which means that you will do more damage in the game for a certain amount of turns or you will take less damage from the enemy for a certain amount of turns.  This will maximize your damage if you are able to use them whenever you see that your opponent will be attacking at the time, which you can figure out or simply look further into this guide.  You can effectively minimize the damage that you are taking by timing your opponent’s attacks with your defensive capabilities and then freely attack whenever you opponent does not have any ability to do damage to you the next turn.

Figure out where everything on the board is

When you look at the board game, it may be a bit confusing at first because you have no clue what to do in 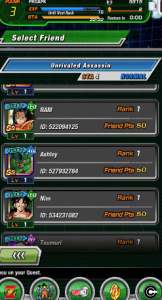 terms of how the game works and how the game is functioning with all of the stuff on the screen.  In Dragon Ball Z Dokkan Battle, you will almost always be able to get a choice between three numbers.  These numbers how many spaces that you are able to move that turn.  The grey spaces that you see on the screen signify the fact that the square is unoccupied and you can go on that square without getting attacked or anything like that.  The ones that have a red space with a little x in the middle result in you losing some of your hp.  The question marks mean that you will be able to face off against something that is randomly selected for you.  It can be bad or good, but it is all randomized so you won’t know what you are getting into when you land on the question mark spaces.  On the blue spaces, you can get additional money or get some more Ki for your characters, while the red spaces mark the enemies on the board that you can face.  Any of the enemies which have a stop sign, resemble all of the enemies that you will be forced to face otherwise you will not be able to go off against the boss at the end of the stage.

You are able to keep track of the number of turns until your enemy is allowed to attack.  You can judge based off of the number of turns when you need to switch out your character so that you are able to take less damage through that damage weakness and strength like I talked about above.  You will be able to prep for the attack and take less damage overall if you attack at the right times and switch to the correct characters at the right time as well.  So you should always be keeping a tab on the number of turns that it will take until your opponent can attack.  That way, you can figure out when you are able to attack and when you should be bracing for a hit, either by gathering the healing Ki orbs, or activating one of your character’s abilities to reduce the damage that you are going to take the next turn.  This tip will get you farther in the game than anything else because you will be able to do a lot more damage while taking a lot less damage which is the best way to get past each stage in the game. 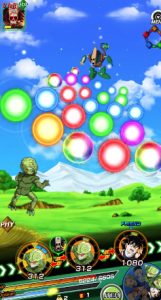 Ki bursts are obtained whenever your character is a certain type of color and there is a combo that is available that you can do that gets off a long combo.  You will be able to Ki burst if you have enough of those same colored orbs in a line so you are able to do additional damage.  Although it is not always available, you should still look for them whenever you can so that you can do additional damage.  This means that you can get off a bigger attack as long as you are able to combine all of these colors together.  This means that you can also not combo those specific colors so that they can stack up on the board and then you will be able to more damage whenever those orbs of a specific color stack up and then you can get off a Ki burst to do a ton of damage on that turn.

Additionally, make sure that you are logging in every single day so that you receive the additional bonuses that the game gives you everyday for logging in a row.  This will give you additional gifts that you can use in the game which will help you in the long term.  You can use these gifts in battle or you can also use them outside of that and in the shop screen.  By ;logging in everyday, you will also be able to see whether the in-game events up are worth it or not.  These events will give you information on whether you can complete them and earn additional fighters which are usually stronger than what you might find on the side of the rode.  If you are able to finish these events, they are completely worth it in the long run because you will gain a ton of resources that you can use later on.

Wake up your characters

If you are looking to awaken a couple of characters or improve them by awakening them, you will have to have some specific materials in order to pull this off.  You are able to find awakening medals through the game that you can use which will increase your fighter’s stats so that it does more damage as well as take more damage.  Awakening a character basically evolves them like in Pokemon when you evolve a pokemon, they gain additional stats and occasionally, they may gain different abilities that they would not have gotten had they stayed the unevolved version of them.  So if you are planning to evolve a character, make sure that they are better than the average character that you might get from a daily bonus or something like that.