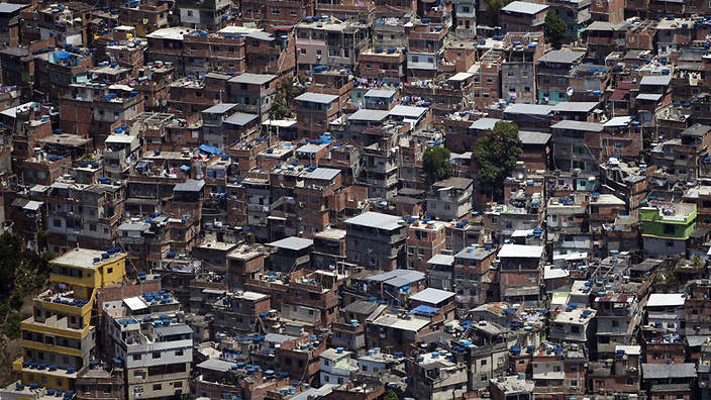 A famous gang leader known as Playboy was killed by Brazilian authorities. The leader, who was popular in the area, avoided police for a while before being killed two days ago.

His real name was Celso Pinheiro Pimenta and he ruled a favela called Morro da Pedreira. Playboy and his group sold drugs, stole vehicles and weapons.

The end of his reign came on Saturday, when more than twelve police trucks showed up to the area. They also sent in a few helicopters in case he tried to escape.

Authorities say they found him at his girlfriend’s house all alone, after his bodyguards fled. He attempted to shoot at police but was quickly taken down. According to a police officer involved in the search, the operation was a total success.

The 33 year old was on the most wanted list in Rio. A hotline dedicated to reporting criminals was offering $14,200 for information leading to his capture. Playboy’s removal is just one of the many things the authorities have to do to ensure that next year’s Olympics are safe for the tourists.

Police announced they would remain in the area to prevent violence. Many of the schools in the area closed 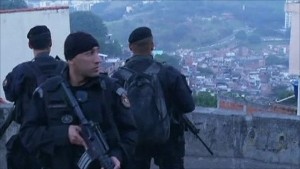 over security concerns. Playboy’s gunmen, who are said to be in the hundreds, are still in the area and Rio state governor has said authorities will do all they can to catch them.

The gang members are known for evading police and have taken social media to make threats. One of the members told a news site that their goal is to kill 50 policemen this week. They promised that it will be a week of terror in the area.

People close to Playboy say he was trying to surrender and was not shooting back. His uncle said he was murdered in cold blood. Officials denied these accusations and said he was shot and taken to the hospital right away.

Leaked images surfaced hours after the shooting, showing Playboy with a wound in his chest lying in the floor. No one knows if he was alive at the time the picture was taken. According to rights groups, one of every six killings in Rio have been questionable. Some even call them extrajudicial executions, which authorities have denied in the past. Playboy spent some time in prison a few years ago but managed to escape.

Before he was killed, Playboy was in talks with other gangs to join forces and expand his operations to their areas. An agreement between his gang and others would have spread violence and given him more publicity, which he loved.

Playboy was known for his social media posts and love for sports. He had a softer side according to people close to him and would regularly visit his spiritual advisor in the favela. O Globo reported that police found out about this when they tracked him down.

But the news of his softer side doesn’t count for officials, who said he is just another dead bandit. According to them, Playboy won’t be missed for long because they’ll have another leader soon and will get back to what they do.