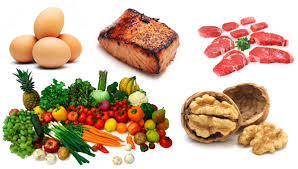 Paleo is Nothing But Protein and That is Dangerous– There was a study that looked into the health risks of having too much protein, which can put your body into protein toxicity and give you kidney problems. A more recent study, which was in 2005, did debunk the theory that it was the protein that caused the kidneys to fail. While this is true that your kidneys can end up failing as a result, the real truth was that pre-existing conditions are what makes the kidneys unable to turn the protein into energy. So basically, the high protein diet such as with Paleo is not what caused the kidney problems, and the study was poorly done because it did not talk about the medical conditions of the participants. The Paleo diet consists of more than just meats, and of course, you want to never eat anything too much to avoid any potential health risks.

Paleo Diet is All Meat- The common myth about the Paleo diet is that it is an all-meat diet, and this is just not true. The people in the mainstream media are the ones pushing the narrative about the Paleo diet being the meat only diet, so naturally people tend to not to their own research and just follow the talking heads from the television. Truth of the matter is, Paleo diets contain a lot of plants, such as non-starchy vegetables, such as salads and broccoli. You can have some fruit, nuts, seeds, and also sweet potatoes, which basically proves that Paleo diet is not just a meat diet. You can have poultry, fish, or meat as part of the Paleo diet, so just eat moderate amounts of meat, along with the combination of vegetables and fruits.

People Die Young Who Eat Paleo– One of the oddest myths that concerns the Paleo diet is that our ancestors from generations ago ate the Paleo diet, and then ended up all dying before they were 30. The issue with this thought is that yea there were a lot of people that died before age 30 many years ago, but this was not because of the Paleo diet. When you think of our ancestors, they were exposed to the elements, did not have modern medicine, and were often involved in violence and war. Our ancestors would die from childbirth and the flu, because they did not have modern medicine or vaccinations to help them, so they died from diseases like small pox. The Paleo diet is not to blame for those dying young back in the day, because it was more due to the lack of modern medicine and the lack of proper medical care when they would get simple diseases that we now have vaccinations and antibiotics for.

Paleo Diet Lacks Calcium– This is also a common myth that people think of when they hear about the Paleo diet, and it’s just plain wrong. The Paleo diet consists of a lot of plants, which contain high levels of calcium. While it is true that dairy is not part of the Paleo diet, you can get calcium through many other sources and it does not have to be milk or cheese. You can find nuts and seeds that contain calcium, as well as the vegetables and fruits, so you are still able to get the calcium you need for your body.

These are just a few of the common myths about the Paleo diet, and it’s important that you read authoritative sources when it comes to getting information about this diet, and everything else for that matter. You should not just listen to the mainstream media or listen to what the talking heads on television say, because most of them do not know anything or what is going on. If you want to find the truth about the Paleo diet, then look up sources such as associations and groups that practice the Paleo diet, and read articles that come from doctors and those in the medical field that actually study and look at the Paleo diet for the truth.