The Justice Department has announced that gay couples will be able to collect full social security benefits, which includes spousal Social Security benefits. It was previously thought that once the Supreme Court ruled to legalize gay marriage that these benefits would also be included in the deal, but it has not been specifically stated for sure until right now. 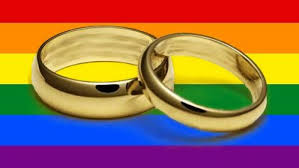 The Social Security Administration is going to be starting the process of going through the spousal support benefit claims for the gay couples who are living in the states that did not recognize their marriage previously until the Supreme Court ruling. The only bad news is that right now the Social Security office does not know when all of the new policy details would be put into place. The Justice Department and Social Security office is working together now to update the processing instructions. This means that the Social Security office would then be allowed to recognize the same-sex marriages and also get new and pending applications under review. The filing date is what is used to determine when you get Social Security benefits, so those who think they are eligible, including widows and widowers are urged to submit their applications as soon as possible.
It is not known though how long the processing will take once the instructions are written, so if you sign up now, you might not even see benefits until the beginning of next year, and it just depends on how quickly the two agencies can get things worked out. Usually reviews for Social Security can take up to 8 weeks, depending on the type of benefits, situation, whether more information is needed, and a host of other factors. In order to make sure that your claim gets through and is accepted right off the bat, make sure you have all important information you need, which you can find online on the Social Security website, and make sure that you know all of the important details from your spouse as well, because both parties information is needed for the forms. The Social Security office is expecting thousands of applications once the instructions are done and everything is finalized to begin looking at the applications, so you need to ensure you get your application in immediately so that you can be in one of the first groups to get through the system. If you are in a same-sex relationship where gay marriage was already legalized, then this should have no impact on you as far as benefits are concerned, because this is specifically for people who were living in states where the marriage was not seen as legal before the ruling in June. If you have questions about filling out the forms, you can go to your nearest Social Security office or call the number that is listed on the government website for the agency, and you can also choose to email, although calling or going in person is always the best way to get answers quickly, especially if it has to do with paperwork or specific situations.