Google Inc (NASDAQ:GOOGL) has launched YouTube Gaming, a service for the most dedicated gamers and one that will compete with Twitch, the live streaming service they tried to buy last year but fell short as another giant swooped in with a bigger offer.

Google, which owns YouTube, is going up against the Internet based retailer Amazon.com, Inc. (NASDAQ:AMZN), which recently bought Twitch for a whopping $1 billion. The two will go head to head in a gaming market that is rapidly growing.

YouTube Gaming will be available around the world and will have apps for smartphones in the US and UK. The service, which was announced two months ago, will feature a list of more than 25,000 games. The 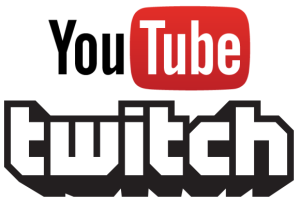 games will have a separate profile page with all the videos about them.

YouTube Gaming is the third service dedicated to a certain group. Google is currently testing YouTube Music Key and released the YouTube Kids app in the US six months ago.

Ryan Wyatt, the guy in charge of the new service, said gaming is so big that they’ll provide users with billions of hours of videos.

Games are one of the categories that attract major audiences to YouTube. The ten most popular gaming channels generate over two billion views each month, according to OpenSlate.

YouTube has a lot of stars when it comes to gaming. One of them is PewDiePie, who puts out a new video almost everyday and gets thousands of views in just hours. PewDiePie spends most of the day editing his videos and getting them ready. His hard work has paid off, last year he reportedly made over $7 million from his channel and the sponsorship deals.

Wyatt hopes that with the new service, more Let’s Play walkthroughs start appearing on YouTube, which already has millions of them. He also hopes that e-Sports and gaming talk shows start coming to them. e-Sports is currently breaking records and filling arenas around the world with its tournaments.

Its competitor, Twitch, was launched four years ago and is popular for its gaming livestreams, which attract thousands of viewers to a single video when an event or gameplay is on.

Amazon acquired Twitch for $970 million last year. Since the acquisition, its numbers have grown and monthly viewers are now over 100 million.

YouTube may be known for its millions of random and interesting videos, but when it comes to gaming, it has a lot of work to do before it can catch up to Twitch. YouTube Gaming will have to find a way to make it to the consoles, which Twitch is already doing with its integration on the PS4 and Xbox One.

Do you think YouTube Gaming will be able to compete with Twitch?