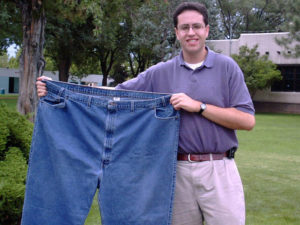 Jared Fogle, who represented Subway for many years, will soon plead guilty to child pornography charges. The information was confirmed by an Indiana television station earlier today.

The shocking report comes just weeks after authorities came to his home and took several electronic devices. The station, which cited sources it did not name, said Fogle is expected to enter a plea tomorrow. It also said there will be a news conference from the U.S. Attorney’s Office later that day.

Jared Fogle, now 37 years old, became the face of Subway more than 15 years ago after losing more than 200 pounds as a college student. He credited the weight loss to Subway after eating the chain’s sandwiches for months. Subway decided to suspend its association with Fogle after the news that authorities raided his home in Zionsville, Indianapolis.

The company did not talk about Jared earlier today but confirmed that they had ended their relationship. Ron Elberger, the attorney representing Jared, did not comment on the report. A few weeks before Fogle’s home was raided by authorities, they arrested the executive director of his foundation for the same thing. Russell Taylor ran the Jared Foundation, which focused on raising awareness about childhood obesity.

Fogle’s History With The Chain

Authorities who investigated Taylor, discovered many sexually explicit photos and videos he made by secretly filming children at his home. After Jared found out about Taylor, he released a statement saying he was shocked about what he was 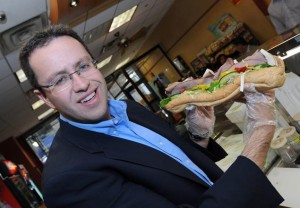 doing and cut all ties with him.

Fogle had not appeared much in Subway commercials these last few years and was not a huge part of the advertising anymore but was still representing the company as a spokesman and at events.

Fogle’s history with the chain started when he was a student at Indiana University. He rose to fame when a college paper published a story about his weight loss and became news around the country. The company saw what was going on and they reached out to Fogle for a TV commercial. The commercials were a hit because Fogle was a regular guy, which made it seem like anyone could lose that much weight.

Of course, he wasn’t the only reason for their success but he was considered the face of the company in the early 2000s. Two years ago, Subway celebrated his diet by featuring him in a Super Bowl commercial. At the time, Fogle said he was still representing Subway and had a black card that allowed him to eat at the chain for free.

Subway did not comment on the deals they had with Fogle. In 1999, a few months before Fogle was picked up by the company, the chain had around 14,000 restaurants around the world. Last year, the company revealed that the number was now 43,000.

Subway has been struggling recently, the company recently announced that they would remove certain ingredients from its North America menus in the next two years to make their food healthier. The competition is also becoming stronger and stronger, dropping their average sales by three percent this year.