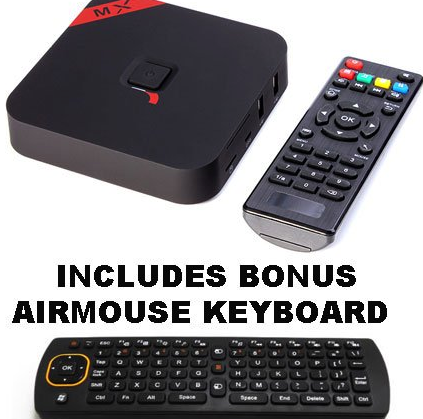 Update for 2018: The MXQ TV box is now available on Amazon for a discounted price here.

The introduction and standardization of Android has introduced a new type of device that complements TVs with “dumb” functionality in the form of set-top boxes. Android TV boxes are powerful, inexpensive microcomputers that complement the lack-of-functionality for older LCD/LED TVs with a nice little combination package.

The Keyman Electronics MXQ TV Box is a quad-core Android television box that can be found usually under the price range of $70, and is a nifty powerful little box great for people who are experts with technology and home network-based media communications. Since it is an Android box and manufactured out of China, it’s a lot less user friendly than other mainstream boxes and attachments might be (two examples that jump immediately to mind are the Chromecast and Amazon’s new TV box.) However, the Keyman Electronics MXQ does include an infrared remote which works directly out of the box and is very useful for navigating the native homescreen. The MXQ also natively includes the Google Play Store. Bluetooth is also ready on the MXQ, and is able to take many different types of input devices (Gamepads, keyboard/mouse, keyboard/mouse combos, Bluetooth remotes, etc..)

The Keyman Electronics MXQ is a quad-core box that is immediately ready to go with H.264, H.265 and is equipped and ready for XMBC/MXQ software (XMBC being the previous name of my favorite HTPC software, Kodi.) The display works up to 1080p at 3 different Hertz frequencies (24, 50 and 60, so it’s friendly for both European and American televisions). However, the RAM is quite a bottleneck at only 1GB of RAM (Android is very heavy and lacking in efficiency in terms of usage for RAM.) The MXQ is equipped with 8GB of on-board NAND memory, with an option to expand storage based on available USB drives (the MXQ comes with three or four, based on the model.) While a power button can be found on the physical box itself, a power button is also on the included infrared remote. There is also an ethernet port on the box, and the box includes hardware to connect to Wi-Fi (but ethernet connections will always be faster, so ethernet is preferred for home theater solutions where a user can have to transfer dozens of megabytes a second for Blu Ray quality viewing.)

While Keyman Electronics is not a cornerstone among the companies that can be considered the pioneers of Android set-top boxes, the MXQ is a welcomed newcomer to the emerging market of Android boxes. The 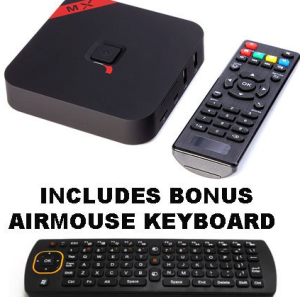 MXQ strives with its specs to be a Jack-of-all-Trades deal, supporting functions from simple chat (and Webcam, too! The MXQ works with Skype and Hangouts with a USB webcam) and web functions, all the way down to gaming and home theater solutions. Unfortunately, the 1GB of RAM (quite low for Android) is a large bottleneck, and the MXQ is not equipped with an onboard dedicated graphics unit, so a consumer who’s really trying to stretch his or her dollar might do better to shop around. The included 8gb flash memory is low, as well – the Raspberry Pi is half the price of the MXQ and around 75% as powerful, but includes double the memory storage. This is remedied by the amount of USB ports available on the MXQ and the larger power supply, as well. The MXQ can handle self-powered hard drives, so the storage isn’t an issue for consumers who have an external hard drive ready. My last major gripe with the MXQ is the outdated Android version it runs (4.4.2, where the current version is 5.1). It does not seem that the MXQ will be able to run more recent versions of Android. 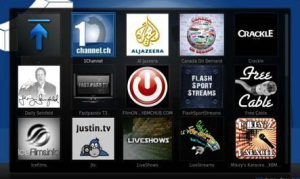 The MXQ is a great box for a consumer who’s Android-savvy and knows what they want out of a set-top box. While I do not think that the MXQ is as outstanding as other boxes, it serves its purpose by turning an old LCD/LED television with an HDMI port into a smarter television. The included infrared remote is also a  huge boon in Keyman Electronics’s favor, as it natively works out of the box (most other top boxes might require you to connect with a USB keyboard/mouse solution or very few boxes allow for an application on your phone/tablet/device to work as a remote.) For the price range and the specs, the MXQ is definitely an attractive product for a person who is looking to expand the possibilities of their television connectivity.

To get the MXQ TV Box at Amazon.com you can click here.

Feb 12, 2020
Robotic vacuum cleaners are all the rage these days, but there are several different brands and options on the market. So many options can...