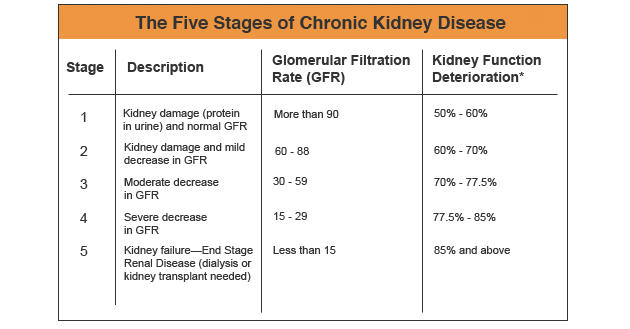 A new study, which was just published in Nature Communications, is showing that a certain protein is responsible for a greater risk of severe kidney disease. This study was led by researchers from the Icahn School of Medicine at Mt. Sinai, and was conducted using mice as the model. 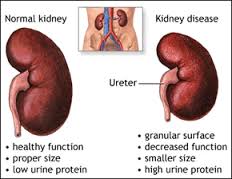 In the study, the researchers found that variations of the gene RTN1 led to a higher production of a related protein to RNT1, and this then caused the kidney cells to self-destruct. The researchers involved in this study were John Cijiang He, MD, PhD, the Irene and Dr. Arthur M. Fishberg Professor of Medicine and Chief of the Division of Nephrology in the Department of Medicine at the Icahn School of Medicine at Mount Sinai. The researchers said that hopefully this new research would lead to a future class of therapeutics that could be used to help prevent chronic kidney disease from entering the severe state. If new drugs can be developed that target this protein gene, then there is a better shot of being able to manage the disease without it ever getting too severe, and ultimately leading to death or needing a transplant. This study will help researchers better understand kidney disease, and this disease often is caused by high blood pressure, cancer, and diabetes. In a healthy person, the kidneys are there to filter the blood and divert the waste into urine, and the return the useful proteins into the bloodstream. Nearly 10 percent of people with kidney problems have chronic kidney disease, which is known as CKD, and this progresses to renal disease that requires either a kidney transplant or dialysis.

The researchers found that when RTN1 is overexpressed or becomes activated more than it usually would, it causes an excess of a protein which is called reticulon to be manufactured. This then changes the shape of the endoplasmic reticulum, which is part of the protein-building machinery that is within the cells of the kidney. This then signals the cells to self-destruct as part of the ongoing disease. The researchers looked at the mice to see which genes were becoming expressed more and less as the disease progressed, and then the genes that were being expressed that correlated with the intensity of the kidney damage were catalogued. RTN1 was part of the genes that were catalogued during this process, and then researchers confirmed the genetic differences were also seen in humans to validate the results were also related to human kidney disease. RTN1 had never been examined as part of kidney disease before this study, so this was the first study to ever link RTN1 with the human kidney disease.

The therapeutic options available for kidney disease are limited right now, and there is only a small partial protection offered against the disease. There is an immediate need to find the key causes of the disease and the mediators of chronic kidney disease progression in order to find out how to fight it in the best ways possible. The issue is that it can be hard to diagnose chronic kidney disease as well, often times symptoms appear as other common conditions, and it cannot be 100 percent tied down as a diagnosis until the symptoms start becoming more severe. By this point in the disease, a lot of the cells have already self-destructed and then it leads to more complications and it becomes more difficult to treat effectively. In America, more and more people are also becoming diabetic and are having cardiovascular issues like high blood pressure, which really increases the need to find out how to stop conditions like chronic kidney disease. Since more people are dealing with diabetes and related issues that create chronic kidney disease, there will come a time when there are too many people who need a kidney transplant than there are kidneys available, which has already been an issue. The researchers hope to find a way to help lessen the odds of contracting the more serious forms of chronic kidney disease so that more people will not need to undergo the procedure of a transplant, since that is very costly to the medical system, and also sometimes the body rejects the organ, and this leads to severe complications and even death in some cases. The researchers hope that more funding will be made available to look into chronic kidney disease even further so that one day we will be able to stop chronic kidney disease before it even starts, and before the cells start self-destructing on themselves.