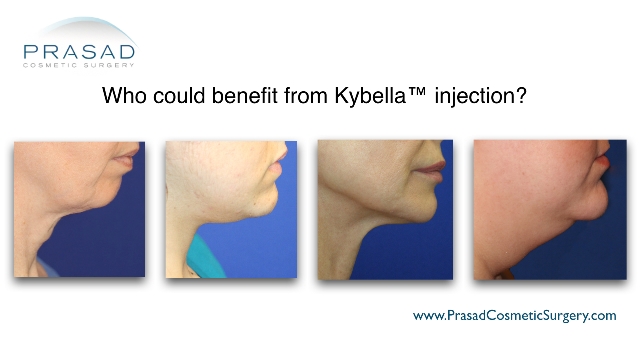 There is a new non-surgical approach that can get rid of your double chin which comes from UT Southwestern Medical Center. A double chin is when you have moderate-to-severe fat below the chin, and this new approach is an injection that has been approved by the Food and Drug Administration. This injection helps destroy the fat by going into the tissue, and this drug is called Kybella or deoxycholic acid. 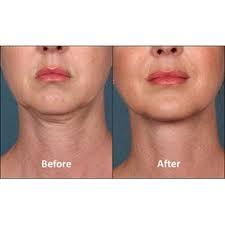 When this drug is injected into the tissue, it physically destroys the cell membrane, and it is becoming a very effective way to eliminate the double chin. The clinical trials of the drug were successful, and the Food and Drug Administration decided to approve Kybella to use as a non-surgical option for this problem that millions of Americans suffer from. Kybella is identical to deoxycholic acid, which is naturally produced in the body to absorb fat, and Kybella takes advantage of that fat-destroying activity to eliminate the skin below the chin. Dr. Jeffery Kenkel, who is a professor and Interim Chairman of Plastic Surgery in Dallas, Texas, and he has begun using Kybella on his patients. This new injection is a treatment option that is great for people who cannot or should not undergo surgery, but who are also looking to fix their double chin. A consumer survey by the American Society for Dermatologic Surgery showed that 68 percent of respondents were concerned about the excess skin and fat underneath their chin and neck. 52 percent of the 8,300 respondents to the 2014 American Society for Dermatologic Surgery on Cosmetic Dermatologic Procedures had said they were considering a cosmetic skin procedure to help improve their appearance.

Kybella is available for people in an outpatient setting, and it involves injecting this drug into the fat on the chin area a handful of times. A single treatment can consist of 20 or 30 injections, but most patients need between two and four of these treatments in order to get their desired results. This means that it could take up to 60 injections into the area for the treatment to give the results desired. The treatments are done not less than 30 days apart, which is part of the Food and Drug Administration guidelines. The amount of treatments required depends on the amount of fat and other factors that are all determined during the consultation. The consultation also helps people determine whether or not more traditional options would be more effective, such as liposuction. This particular drug is aimed at helping people with more moderate-to-severe fat underneath the chin, so people with only a little fat would not need this more intensive treatment. Men are also more likely to use this new injection since men are more resistant to having surgery and tend to not want to go under the knife to fix their double chin issues. Kybella is also not intended for other chin related issues such as a turkey neck or sagging skin, since these issues can be addressed through other less intense treatment options. The effectiveness and safety of this drug was established in two different clinical trials, which used 1,022 adult participants with moderate-to-severe submental fat. The participants were randomly assigned to receive either Kybella or a placebo for up to six treatments, and the results were showing that the reductions in submental fat were observed more frequently in the participants who received Kybella.

Since this drug destroys the cell membranes, it is really important that a board-certified experienced physician do the procedure, because the drug needs to be properly injected into only the fat cells for it to be safe and effective. This drug can and likely will destroy other types of cells, so you want a doctor who knows what they are doing and has experience in this procedure in order to make sure that the other cells are not impacted by the drug. Kybella should not be used and is not approved for areas outside of the submental area, which is the chin.

In terms of side effects, Kybella could result in swelling, pain, brusing, redness, numbness, and there can be areas of hardness around the injection site. Even more serious side effects can happen, such as nerve injury in the jaw area which can cause an uneven smile or facial muscle weakness. You could also have trouble swallowing, and this should be promptly seen by a medical professional because this could potentially be fatal if the airway is cutoff. After the procedure is done, you still might need a necklift or facelift to get rid of the excess skin in the area, especially if you notice the skin sagging, which is normal when you are trying to get rid of excess fat in a certain part of your body. So Kybella more likely will just remove the fat under the chin, but that does sometimes leave the excess skin. It is like if you were really fat and then lost weight, as far as how you will have excess skin hanging off of you until you go under the knife to remove it, and the amount of skin depends on how big the area of fat was.