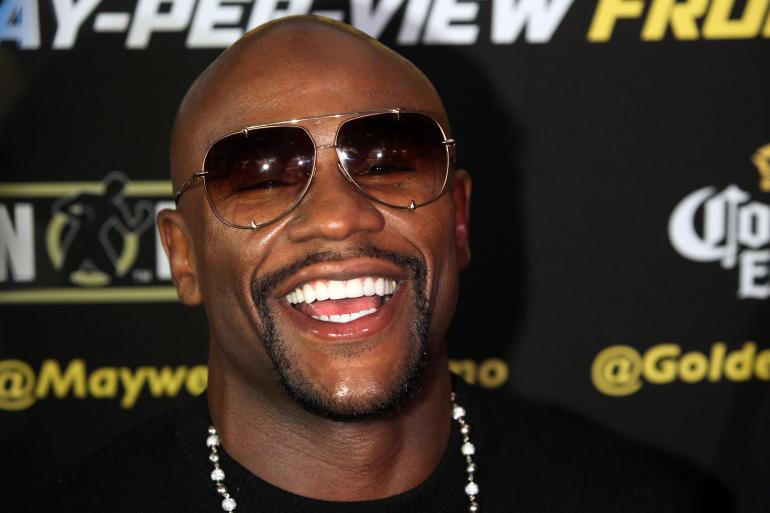 The undefeated boxing veteran showed up at a hotel ballroom on Thursday and defended the pick, after he was heavily criticized by fans and media for not choosing other candidates, who have been waiting to fight him.

Mayweather repeated once again that he won’t fight after September 12 and made fun of a reporter who asked him about Ronda Rousey. The undefeated UFC star ripped him at the ESPY Awards show a few weeks ago.

He also made fun of the media, who kept saying he was afraid of Pacquiao and that he would never fight him. It took the two around six years to fight and Mayweather said he was the one that made it happen. The two fought May 2 and Mayweather won by unanimous decision. Those who watched left disappointed and were furious at Pacquiao, who revealed a day after the match that he fought with an injury. It wasn’t a disappointment for them, the two veterans made millions and sold a record 4.4 million pay-per-views. Mayweather pocketed $100 million right after the match and got more later, when all the sales were calculated.

With all the smart moves, Mayweather says he turned the match into a $300-400 million fight. He explained his pick right after and said Berto is an exciting fighter. Boxing fans and reporters are not happy that he chose him over much bigger candidates for his last fight. They believe Keith Thurman, Amir Khan and many others had a better case for it. Berto is 3-3 in his last six matches. Mayweather sees it differently, he says he only judges a fighter off his last fight.

Berto did not mind all the controversy surrounding his selection but was bothered by the questions and talks about him being a boring fighter. He also talked about the fight of the century between Floyd and Pacquiao, which disappointed many fans and sparked a bunch of lawsuits after information on the injury surfaced. He said he understands why the fans are upset. 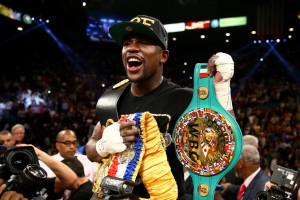 Mayweather didn’t seem to care about the criticism and laughed it off saying that Berto may be a boring fighter, but at the end of the day he’s getting a big payday. The undefeated fighter said he’s been training as hard as he did for the previous bout. He promised excitement and even said we may get to see a knockout or some knockdowns.

He said that after he beats Berto, there will be nothing that brings him back to the ring. The money won’t make him come back because he says he already has enough. He says he’ll always love boxing but is ready to retire.

Mayweather plans to keep working on his company after retirement and hopes to find the next great fighter, or the next Mayweather according to him.

Are you going to watch this fight? Who do you think he should have fought instead?