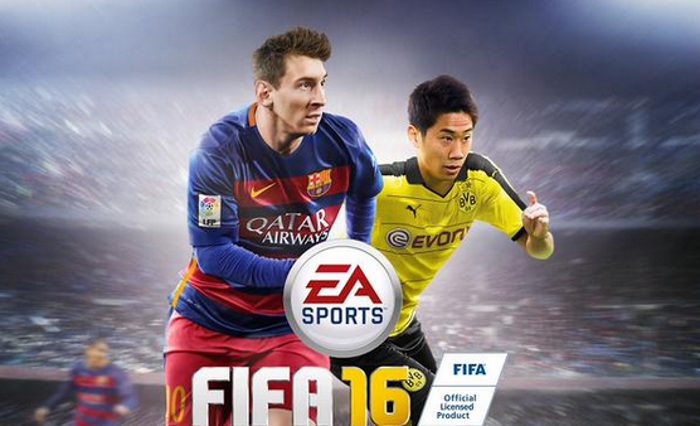 The new FIFA game is coming in less than two months and fans can’t wait to try out the new defensive features and spend on Ultimate Team once again. The game was recently introduced by Brazilian football legend Pele and impressed its fans.

Players all over the world are ready to get started on Ultimate Team once again. The game will introduce eight new legends this year. Here they are:

Javier Zanetti: Il Capitano is known for his time in Inter Milan. He was part of the squad for 19 seasons and made 858 appearances. He won 16 trophies with the team, including the Champions League a few years ago. Zanetti was sent off twice in his career and went twelve years without a red card. He is now the team’s Vice President.

Vitor Baia: He spent most of his career with Porto but played with Barcelona for two years. He helped Porto to 26 titles and allowed 116 goals in his first seven seasons. After a short stay at Barcelona, he came back to Porto and revived his career. He went on to win the Champions League against Monaco and was named UEFA Club Best Goalkeeper of the Year. He retired in 2007 and was the director of public relations with his main club for three years. 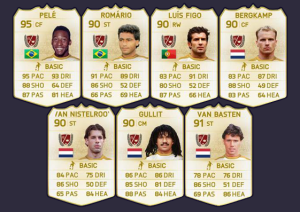 George Best: He is known for his time with Manchester United as a winger. He also made appearances with Northern Ireland. Best played for a lot of teams during his career but most remember the eleven years he spent with United, where he scored 137 goals in 361 appearances.

Alessandro Nesta: The Italian legend is considered to be one of the best at his position. He played nine years for Lazio and then made a move to AC Milan, where he joined another legend, Maldini. The two along with Cafu, Stam, Costacurta made Milan a tough opponent. He won the 2006-2007 Champions League against Liverpool, which had defeated them in stunning fashion a few years back. He also won the 2006 World Cup with Italy. He retired with the Montreal Impact at the end of the 2013 season.

Jari Litmanen: Jari is widely considered to be Finland’s greatest football player of all time. He was known as The King by his supporters and won the Champions League with Ajax in 1995. He played for a lot of teams during his long career but it was Ajax where he had his best time. He scored 96 goals in 179 appearances with them. He retired in 2011.

Ryan Giggs: The left winger spent 24 years with Manchester United, where he made 672 appearances and scored 114 goals. He was appointed as player/coach when Davis Moyes arrived to the team two years ago, later in the season he became interim player/manager after Moyes was fired for having a disastrous first half with the team. He announced retirement early last year and is now the assistant manager at Manchester United.

Deco: He is known for his time with Porto, where he won the 2004 Champions League against Monaco. That same season propelled him to the top, he won the award for the best midfielder in the UCL and also won the UEFA Club Footballer of the Year award. He then moved to Barcelona and Chelsea four years later. He played the last three years with Fluminense and decided to retire after a hamstring injury in 2013.

Gennaro Gattuso: He spent thirteen years with AC Milan and was an important piece of their defence. He won the Champions League and the Serie A title twice, the Coppa Italia once and the 2006 World Cup. Since announcing his retirement, Gattuso has been the manager of Sion, Palermo and OFI Crete.

The new eight players will be added to the long list of legends that can be found if you open a ton of packs.