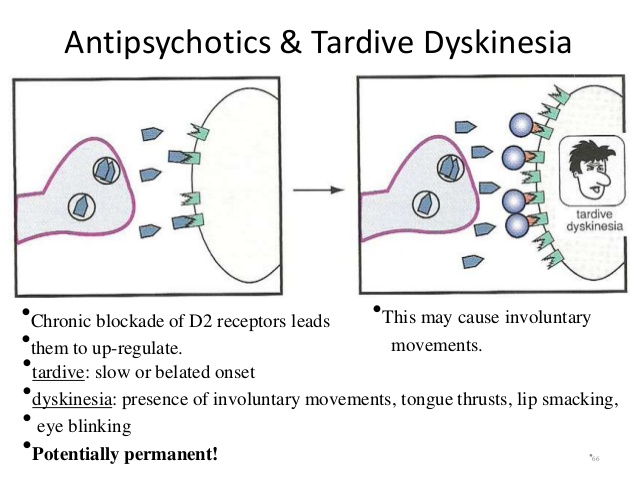 There are a variety of medical conditions that could be as a result of the use of medications, and a lot of studies and research is being done every day to learn about these conditions. When you are diagnosed with an illness it is important to weigh the risks and benefits of the medications because sometimes the risks can be more severe. One medical condition that you might be diagnosed with as a result of long-term medication use is tardive dyskinesia, and it can become very serious. New research has shown some of the potential risks of neuroleptic medication and has shown just how serious tardive dyskinesia is to the body and brain.

What is Tardive Dyskinesia?

Tardive dyskinesia is a neurological syndrome that you can develop as the result of using neuroleptic drugs long-term. Neuroleptic drugs are commonly associated with psychiatric disorders as well as common neurological or gastrointestinal disorders. Someone who has tardive dyskinesia will often show a variety of involuntary movements in various parts of the body. Some of the symptoms of tardive dyskinesia include grimacing, tongue protrusion and smacking of the lips. Rapid blinking of the eyes and pursing of the lips are also common symptoms of the disease. The movements might also include the arms, legs or trunk of the body and are never done on purpose. If someone has this condition and it appears in the fingers, it might look like they are playing a piano or typing even if nothing is around them.

Symptoms of Tardive Dyskinesia and Tests to Confirm

Since tardive dyskinesia is mostly a collection of symptoms, it can be hard to diagnose because a number of other diseases could be to blame. There is no single test for the disorder, which can often mean numerous tests and doctors will have to look at the available information. A doctor will require a thorough medical history, physical examination and a neuro-psychological examination in order to help diagnose the condition. A variety of other neurological disorders could cause the exact same symptoms so it is important that a history and thorough examination are done to rule out all other known possibilities. Sometimes the symptoms of tardive dyskinesia can go away for a few days, weeks or even months which can make diagnosis that much harder. The doctor will run a battery of tests to determine such as a complete blood count and a screening for serum electrolytes, cooper and ceruloplasmin. The serum electrolytes are ions within the body that regulate body functions while the ceruloplasmin is a protein that carries the cooper through the bloodstream, which enables the metabolism of iron. Once that is completed a thyroid test might also be performed ad connective tissues within the body will undergo various testing as well. Magnetic resonance imaging or computed tomography might be used to scan the head in order to rule out a tumor.

The next phase of diagnosing tardive dyskinesia is to have the doctor talk to the patient to elicit the symptoms. This might be done by a conversation with the patient or by the doctor using various distractions to try to trigger the symptoms. The doctor will be looking closely at various body parts at this time and will note any changes or areas where tardive dyskinesia appears. Although this test works a lot of the time, it does not always work and sometimes the results are inconclusive. In order for the diagnosis to be confirmed, another examination will need to be performed if the results are indeed inconclusive.

Once there is a confirmed diagnosis of tardive dyskinesia, the doctor will then try to proceed onto a treatment plan. There is no common or standard rule when it comes to the treatment of tardive dyskinesia, since it needs to be individualized. This means that the first step into treatment is stopping or minimizing the neuroleptic drug use. Sometimes a patient can not be taken off of the medications if they have an underlying medical condition which requires neuroleptic drugs. A doctor might decide to substitute the neuroleptic drugs with other medications in hopes that this will make the symptoms disappear. Some of the medications the doctor might prescribe instead include benzodiazepines, adrenergic antagonists and dopamine antagonists. Stopping the neuroleptic drugs or switching medications does not always stop the symptoms from appearing but over time it can decrease them significantly.

Someone who has tardive dyskinesia will go on to have a fairly good prognosis, but the symptoms might always be present. These symptoms will go away for a while but could reoccur at any time, even after stopping the neuroleptic medication. If you think you have tardive dyskinesia it is important to see a doctor immediately to increase the chances of recovery without long-term side effects. Although stopping medication might be a part of treatment for tardive dyskinesia, this should not be done alone and you should consult a doctor before stopping any medications. Stopping medications without being supervised or under consultation by a doctor could have life-threatening consequences, especially if the medications are needed for an underlying medical condition. Although people with tardive dyskinesia often will have the condition through their life, treatment can slow down the symptoms and make them less noticeable.