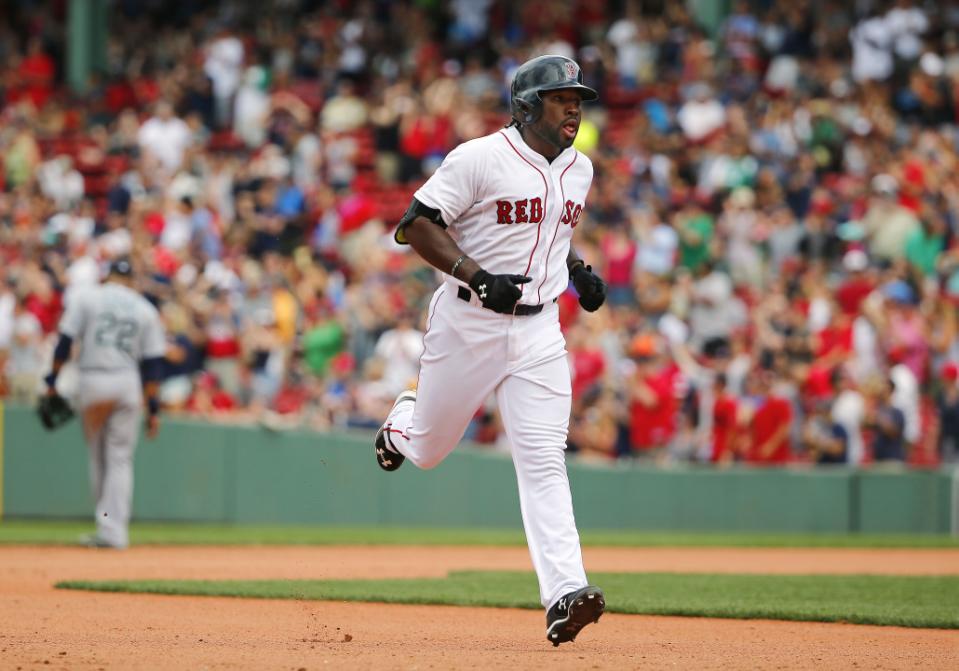 The Boston Red Sox offense was on fire once again on Saturday, destroying the M’s best pitcher and winning 22-10 at home.

And by best pitcher I meant Felix Hernandez, who allowed 10 runs in less than three innings. The number of runs is impressive, but when you do it against an elite pitcher, it is even better. The start was one of the worst in his career.

Boston finished the game with 26 hits. The scoring party came just hours after scoring 15 on 21 hits against the same team. The Red Sox have not had their best campaign after making huge signings in the offseason but the scoring sure makes their fans happy.

Bradley Is In The History Books

In Saturday’s jaw dropping win, six different players from the Red Sox had three hits. The MVP of this game was Jackie Bradley Jr., who went deep twice and double three times. He drove in seven runs and scored five batting ninth.

The insane batting line earned the player a place in MLB history. He is the third player to do this and first with the team, the others were Shawn Green of the Dodgers back in 2002 and Joe Adcock of the Braves in 1954. Want more facts? Bradley Jr. is the youngest major leaguer in the last 100 years to do this.

The Red Sox also snapped an 18 year losing streak on this day. Their last win before this one was back in 1997. To top it all off, they made one big fan very happy. We’re talking about Ben Affleck, who is celebrating his birthday today.

For the losing side, the numbers are really bad. Hernandez started the game with a 3.11 ERA but it ballooned 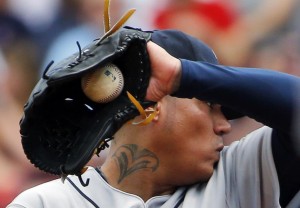 to 3.65 in less than three innings. The quick exit is a bit worrying for the Mariners, who have relied on his consistent pitching the last few years. Hernandez has had some bad outings this season and has allowed 23 runs in his last four starts.

Hernandez isn’t the only one struggling, since the no hitter by Hisashi Iwakuma three days ago, the team has allowed 37 runs on 47 hits on two games. The Mariners still have a game left against the Red Sox and will look to forget what happened yesterday and today.

The 52-64 Red Sox will face Cleveland after the game against the Mariners. The team is currently 5th in the AL East and far away from a playoff spot, but fans are still enjoying the scoring festival.