Samsung might have a ridiculously huge 18.4 inch tablet in the works, according to rumors. 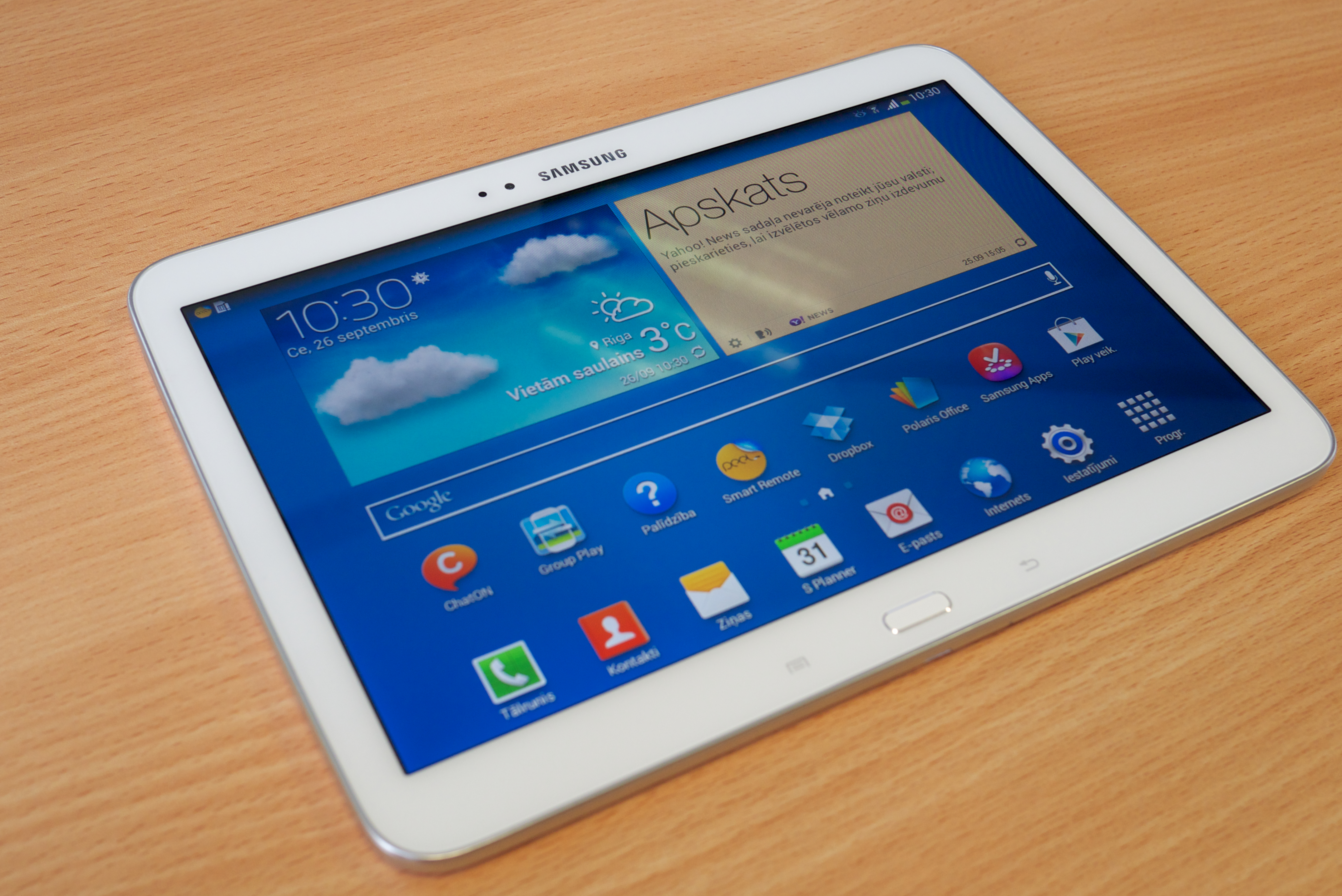 The latest rumors circulating claim that Samsung may be getting ready to release a tablet with a massive screen size.

According to sources close to SamMobile, Samsung is working on a tablet code-named “Tahoe.” The rumored tablet will supposedly feature a huge 18.4 inch display, dwarfing even the large Galaxy Note Pro 12.2.

The supposed tablet will feature a 1.6 Ghz Samsung octa-core Exynos processor, 2 GB of memory, along with 32 GB of internal storage. Samsung may also prove that they haven’t forgotten about the Micro SD card by allowing for storage expansion on its tablet.

The impressive display might not come with equally impressive resolution, though. Rumors are saying that the 18.4 inch screen will only have a 1080p resolution. This would be acceptable for Samsung’s smaller tablets, but even laptops at this size will match this resolution, even though they are often used significantly further away from your eyes. Maybe Samsung is trying to keep costs low, which is often the case with these larger devices.

Samsung is doing everything it can to hold on to its lead among Android brands, although its market share is slowly decreasing. A gigantic tablet has not been done before by any major device maker, and Samsung is hoping that it will find its own place in the market.

Similar to other tablets, the 18.4-inch “Tahoe” tablet will be fitted with two cameras, neither of which have spectacular specs: 8 megapixels on the back and 2.1 megapixels on the front. Don’t be that person who goes around taking pictures with your tablet, especially an 18 inch one.

If Samsung really is working on an 18.4 inch tablet, then it is expected that it will make its debut at the yearly IFA electronics show, which takes place in Berlin in early September.