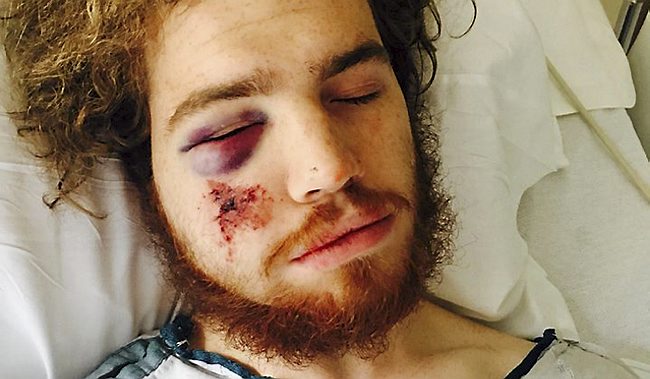 A man in St. Paul, Minnesota is recovering tonight after having concrete cinder blocks thrown at him while he was riding his bicycle on Friday. Minneapolis police spokesman, John Elder, said that this was a random and unprovoked assault. St. Paul police said they were not aware of any other incidents in the area, but caution bicyclists to be on the lookout. 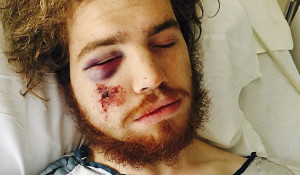 On Friday, a man was seen throwing concrete chunks out of his vehicle, which injured four bicyclists, and left one of the bike riders seriously injured. The Minneapolis police department received a call at 4:20 pm about a man throwing the objects at two bicyclists in the Southeast part of the area, but those two bicyclists were not hit with the chunks of cement. The perpetrator of the crime then went to Southwest Minneapolis and began throwing concrete chunks at two more bicyclists around 41st and Bryant Avenues, and both of the bicyclists were struck with the concrete. One of the bicyclists suffered only minor injuries in the attack, however, the other bicyclist wound up with serious injuries as a result.

The man who received the serious injuries was identified as Mackenzie Jensen, a 20-year-old man who was on his way to work, and he told his stepmother he did not see the attack or the objects coming. Jensen was hit with a cinder block, which struck him in the face, and then caused him to fall from his bicycle. Jensen ended up with six facial fractures and had to undergo jaw surgery, so now his mouth is wired shut, and he has to have another operation on Thursday to install metal plates and have cheekbone reconstruction. The doctors have to wait for the swelling to go down in his face before the operation can happen. The stepmother of Jensen said that she did not know why someone would do such an evil act towards another person, and she did not understand what they could be getting out of this random violent act.

Jensen has had a lot of support since the incident happened on Friday, and his stepmother said it was overwhelming and very positive. There has been a GoFundMe page setup for Jensen by his stepmother, which is to help cover the costs of his medical expenses, and also because this whole situation will cause him to miss work. The Minneapolis Police are asking anyone with information to please come forward and call 612-692-8477 or contact CrimeStoppers at 800-222-TIPS. The police said that they don’t think the driver said anything to any of the bicyclists that were hit and the man never got out of his car when he began throwing the objects. The description of the vehicle the man was see sitting in was a white Ford, something similar to a Bronco, and it was missing one window. The area where the window was missing was boarded up with wood or something of a similar material.