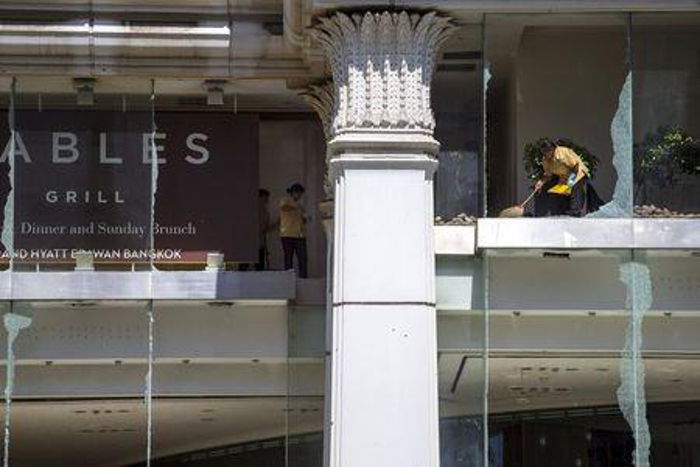 Thai authorities said earlier today they were looking for a suspect seen on a video recorded by a camera just seconds before and after the explosion. The blast killed 22 people, half of them tourists.

The government said yesterday’s attack was done to destroy the country’s economy. No groups have claimed responsibility but authorities are already looking for the suspect.

Earlier today, residents ran for cover in the capital after a small explosive device was thrown from a bridge to the water below. No one was injured in the explosion. An official said there were similarities between the two blasts but added that authorities have not found any links. He did confirm that both were TNT bombs.

The man, who authorities believe is behind the deadly attack, was seen in a very low quality CCTV footage. He enters the compound wearing a backpack, leans against a railing and lets go of it. The suspect, who was 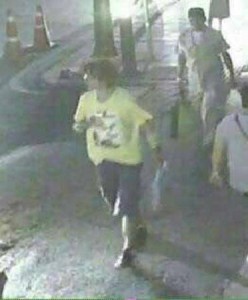 wearing a yellow shirt, has long and dark hair. After letting go of the backpack, the young man walks out with a blue plastic bag and is seen using a mobile phone. The backpack was left next to a fence, in an area packed with tourists.

Authorities say the suspect could be foreign or even one of its own residents. According to Somyot Pumpanmuang, a police chief, the man was carrying a backpack and walked by at the time of the incident. They still need some time to look at other footage before confirming he was really the one behind the attack.

Thai authorities said earlier today that they have not ruled out groups against the government but that the attack did not match the tactics of the Muslim insurgents in the south. Prime Minister Prayuth Chan-ocha also mentioned the man with the yellow shirt but did not give out any more details. Officials have denied that the suspect was wearing a disguise.

Police showed up at the scene in the morning to look for clues. The attack could hurt Thailand, who relies on the tourism industry. Many business owners are worried that the blast could scare off visitors.

Authorities said the death toll was 22, with over 120 more injured. Police are also looking at the conflict of ethnic Uighurs. Many of them were sent back to China last month. This group of hundreds has fled China and can now be found all over Southeast Asia.

The blast comes at a bad time for the country, which has been affected by violent clashes between political factions in the capital. The place where the attack happened, The Erawan shrine, is an area filled with luxurious hotels, malls, offices and even a hospital. The place is an attraction for many tourists that come over from East Asia.

In the blast, four Chinese tourists, lost their lives. The other victims were from Malaysia, Singapore, Indonesia and the Philippines. Over 120 more were injured and China has already asked Thailand to investigate the deadly attack and punish those who did it.

Tourism is one of the bright spots in Thailand’s struggling economy, which is still suffering after the military took control of the nation over a year ago.