The Last Lid Update – Find Out What Happened After Shark Tank 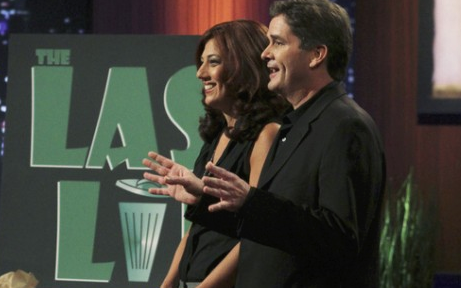 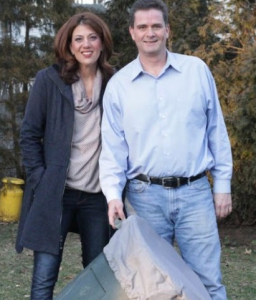 Kevin and Melissa Kiernan, a married couple from Waldwick, New Jersey, became overnight entrepreneurs when they eventually got fed up with pesky animals raiding their garbage cans through the night. Each morning Melissa would walk out the front door to find trash and debris scattered all over the front yard. One morning she finally spoke with her husband in hopes that they would be able to find some sort of solution to the problem.

Millions of people across the world can relate to this particular issue. Animals, such as raccoons and squirrels, knock the lids off trash cans so they can rummage through a person’s unwanted leftovers and leave one giant mess for house owners to find in the morning. In order to bring an end to this nightly catastrophe, Kevin took a trip to a local fabric store and concocted a brilliant product that did its job exactly how it was supposed to. Instead of covering their garbage cans with a plastic lid, they created a cover made out of waterproof polyester material. This new cover was designed to fit over almost any size garbage can and effectively keeps pesky, unwanted critters from digging through the trash. After its invention, Kevin and Melissa received a lot of positive feedback on their product. However, being new to the business industry, the couple were definitely going to need some financial help to effectively get their Last Lid company off the ground. That monetary need was exactly what brought them to be featured on an episode of Shark Tank, where they hoped to appeal to one of the Sharks and gain an investment.

Prior to entering the shark tank, both Kevin and Melissa express their confidence in their product, claiming that they expect it to be stocked in every store. This same confidence and upbeat energy stays with them 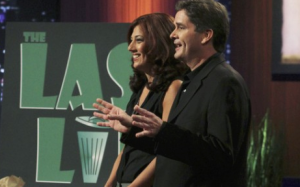 even when they are standing in front of the intimidating Sharks. Starting with their requested price, the couple asks for a $40k investment for 20% of their product, The Last Lid. First they begin their pitch by telling a highly relatable story of how each morning their trash lids suddenly disappear and the cans themselves are knocked over. Delivering their story with such high energy seems to appeal to the Sharks, gaining their interest and entertainment. In fact, they even begin to slightly engage in Mr. Kiernan’s act and offer him a round of applause when it is over.

Shark Lori Greiner is the first to voice her concerns, asking the entrepreneurs how their product was going to stop raccoons from pulling the lid off or chewing right through the material of it. Kevin explains how he actually recorded and studied the animals so he could make adjustments to The Last Lid accordingly. Through trial and error of designs and fabrics, he finally found the perfect combination. Robert Herjavec also comes off as skeptical and asks to see how exactly the lid is taken off. In one swift motion, Melissa easily undoes the metal latch and slides the fabric lid right off the garbage can. Apparently impressed with the simplicity of the design, Daymond John moves them on to the numbers portion of the discussion.

John asks them about their sales, to which Kevin responds that they do not have any as of yet. They just recently finished their product and acquired a patent for it. John is understandably wary of investing into a $200k business that has not even started up yet, but Kevin believes that $200k is actually undervaluing their product. All of the Sharks get a laugh out of this but quickly regain their composure and ask about what they would find if they were to search for replacement lids online. Kevin tells them that there are lids available only for specific brands, which is what makes The Last Lid so marketable. Being made out of fabric, this cover is easily adjustable and can fit on almost any garbage can. Theirs is the first universal garbage can lid, but Herjavec states that having a fabric lid is an awful idea because it will need to be washed and will not be able to withstand the rain. Having no interest or faith in the product, he is the first to pull out.

Redirecting the conversation to Mark Cuban, Kevin tries to appeal to him by saying he could print his logo on the cover. Again, the sharks all laugh and the Kiernan’s being to struggle. Greiner pulls out and decides not to invest into their company, but Cuban asks them how much it costs to manufacture the lids. Each cover costs about $3.50 to make and they plan to sell two for $19.95. Kevin O’Leary does not like the way the numbers add up and so pulls out as well. Faced with concerns that are similar to O’Leary, Cuban also decides to not invest. John is the only one who shows potential interest in buying into the company. He offers them one chance to lay down a price that he can not refuse. With so much on the line, Kevin offers to sell 60% of his company for the original $40k. After a moment’s hesitation, John bites and accepts the deal. 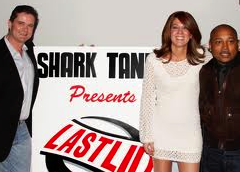 After appearing on Shark Tank, it took 3 more months before the partnership became official. Then they went on to make an infomercial that features Daymond John who agreed to use his face to aid in advertising endeavors. It did not take long for the company to launch and become immediately successful. Thousands of units were sold after the launch and The Last Lid was featured on a recap episode of Shark Tank because of its rapid progression and growth as a business. In addition to public appearances on television shows, Kevin Kiernan also spoke out in schools to encourage children to pursue their dreams and to not be intimidated by the idea of becoming an entrepreneur.

If you are interested in getting a Last Lid you can purchase it by clicking this link for the discounted price on amazon. At the very least you can click and see what other users had to say about their experience with the product!