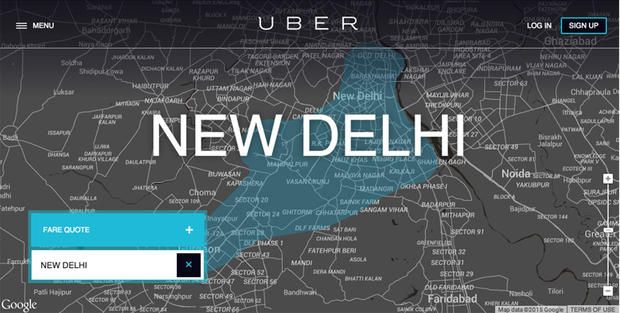 Uber India, a car-hailing company hated by taxi drivers everywhere, has just secured another large investment from Indian companies as it looks to expand ridership in the country.

The Indian conglomerate, called Tata, has invested in Uber through its Tata Opportunities Fund company, which operates a private equity fund used for investments in companies, including those in tech. Although the total sum was not disclosed, Reuters says that the total could be as high as $100 million.

Uber has explained that India is critical to the company’s growth, with 1.2 billion people in the country. The company has operations in 18 cities in India, but it needs to expand to more in order to be truly successful there. The company said that it will be investing $1 billion in the country to help it achieve its goals. While the cash will be spent primarily on expanding its footprint, Uber also plans to provide more services to current customers, perhaps to keep them from switching to Ola.

Worldwide, Uber has faced a lot of hurdles in the form of regulators and even taxi drivers. India in particular has not been an easy challenge for Uber. The American ride-sharing company has been met with particularly strong opposition there because of the presence of their Indian competitor, Ola.

Last year Uber came under criticism when one of their drivers was accused of sexually assaulting a rider. This controversy sparked a debate leading to local regulators banning Uber due to inappropriate licensing. In January Uber resumed business in New Delhi, saying that it was waiting for a radio taxi license to be accepted. In June, however, regulators rejected the application, forcing Uber to stop service once again.

Last month, in July, the company fought back, petitioning the court to reevaluate its license. Uber claimed that the previous denial was unfair, citing the same regulator’s previous approval of Ola’s licence. The courts finally agreed with Uber, allowing the company to resubmit its license. While we wait for a more probable approval, Uber cars are allowed to drive in the city.

Over the past five years, Uber has been able to claim nearly $6 billion in venture funding. In a more recent funding round, reported by the Wall Street Journal, Uber raised nearly $1 billion. The company is valued at around $51 billion, which makes it the most valuable venture-backed company in the world.