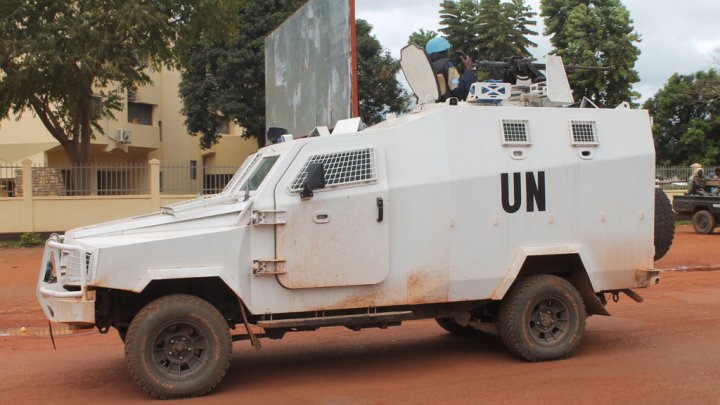 Amnesty International has dropped some serious accusations on U.N peacekeepers, who say the group killed a 16 year old boy and his father. The accusations don’t step there, they also say the peacekeepers raped a 12 year old girl. The separate incidents occurred in Central African Republic and are one of the many accusations the group is facing there.

A spokesman for Ban Ki-moon said the U.N. Secretary-General is shocked and disappointed about what he has heard. The spokesman, Stephane Dujarric, said the U.N will not tolerate this behavior.

The United Nations can’t really do anything, and will have to rely on the countries involved in the incidents to do something about it. Amnesty International said the two incidents happened earlier this month in Cameroon and Rwanda. The peacekeepers have been there for quite some time now to try to calm tensions between

The human rights group says the girl was hiding in a bathroom when a man wearing a U.N helmet walked in, took her outside and raped her behind a truck. The girl was examined by a nurse, who found enough evidence to confirm that it was a sexual assault.

The day after the incident, peacekeepers went to an area in Cameroon to try to stop a clash between residents and soldiers. The human rights group says things took a turn for the worse as the peacekeepers began shooting at the crowd there.

Resident Balla Hadji, and his son Souleimane Hadji, were the victims in the shooting, according to Amnesty International. Many witnesses were interviewed after both incidents happened.

Amnesty International asked the country to launch an investigation and said that those involved in the incidents have to be suspended right away. The statement was made by Joanne Mariner, one of the organization’s advisers.

But some aren’t so sure this happened. Hamadoun Toure, the mission’s spokesperson, talked to the Associated Press and said he doesn’t think the rape occurred. He said the group was trying to arrest a suspect when they were attacked, and that the girl was the sister of the man they were trying to detain.

Toure says they have tried to contact the girl but that it has been difficult, he says no names or details have been revealed to know who did it or what really happened.

Amnesty International said recently that the human rights division has had a tough time trying to investigate the scene because the area is still in conflict. They have already tried once at night but they came up with nothing since they only had flashlights.

An international medical organization has been trying to get in contact with the girl. UNICEF on the other hand, has not been able to visit her family.

Before the accusations, the United Nations was under fire for an incident that happened last year. According to the information revealed by a report, French soldiers abused several children in Central African Republic. This is not the first time the group has been accused of this. Two months ago, they were accused of sexually abusing children in Bangui.