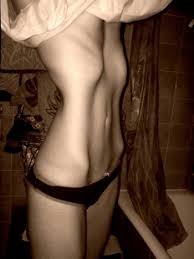 Do Not Comment on Weight in Relation to the Sport

As a parent, it is very important to not emphasize the weight of a female athlete, even if she is your own daughter, in order to prevent anorexia nervosa. A female athlete is often critical of her weight, especially if she sees other young women on the team that are skinnier than she is which can trigger an eating disorder. You do not want to tell your daughter that she will need to lose 10 pounds to be able to do a back flip for example, because this will make her feel inadequate or like she needs to be thinner to be good at sports. As a parent, you want to help your daughter recognize the importance of physical and mental strength, as opposed to weight during sports. A lot of the time, the mental or physical strength an athlete has is a better determination of his or her athletic abilities than weight. Always tell your daughter that in order to get into shape for a specific sport, strength training, conditioning, and mental wellness is more important than a number on a scale.

Do Not Allow a Group Weighing Session

In order to keep a female athlete away from anorexia nervosa, you also want to avoid a group weighing session. Getting a group of young women together and doing a weight comparison can trigger anorexia nervosa, especially if your daughter is the heaviest one out of the bunch. Female athletes are very competitive in nature, whether it is look, size, shape, or another attribute. You do not want to make the competition between the female athletes be about their weight individually, because this might make one or all of them feel inadequate. As a parent, you want to limit how often your daughter weighs herself, especially if she is involved with sports, because she could start setting unrealistic goals for herself based on the weight of other girls. If a girl sees another girl weighs 10 pounds lighter, she might decide to become anorexic in order to get down to that same weight. Group weighing sessions are just not the smart move to make, whether you are a parent or a coach, because it can setup a false mentality of fitness in a female athlete. Not to mention the fact that decreasing weight while involved in sports is not always safe, because it can lead to dehydration or fatigue.

Make Sure Training and Exercise is Done Properly

Training and exercise are two important factors for any female athlete, but it should always be done properly to ensure safety. As a parent, you should make sure that your daughter cuts weight for a sport if needed the right way, which is not done by cutting out meals or fluids. A female athlete might think that training consists of going into a sauna to sweat off the fat, which is not healthy, and can lead to serious complications. You also want to make sure that as a female athlete; your daughter is not exercising excessively, which can be a sign of anorexia nervosa. Anorexia nervosa can present itself in many ways, including excessive exercising or unrealistic training habits, which can be very damaging to a female athlete. In order to keep your daughter away from anorexia nervosa, you need to let her know the healthy ways of exercising for sports, and the healthy ways to decrease fat by increasing muscle. If you help your daughter recognize the importance of proper training, exercise, and technique, it can help prevent anorexia nervosa or other serious eating disorders.