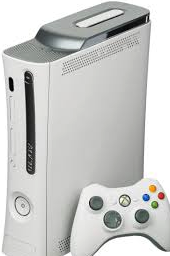 The transition from single player arcade games to online multiplayer was heavily sought out by fans as consoles got better and games got better. Tired of the split screen multiplayer or just single player games in general, video game fans were anxious for change. Thankfully their cries were heard in the form of the Xbox in 2002 with the service being refined in Microsoft Corporation (NASDAQ:MSFT)’s next console, the Xbox 360. In direct competition with the online multiplayer service demonstrated on the Xbox 360, the Playstation 3 was also released the same year demonstrating PSN or Playstation Network, Sony’s equivalent to Xbox Live. Then following both consoles, Nintendo incorporated online functionality in their Wii and Nintendo 3ds systems.

Gaming fans were finally given a stable and effective online multiplayer access through Xbox Live and PSN. Arguably, Xbox Live was far more successful due to the easier interface and the ability to connect together in Xbox Live parties. With online gaming really taking off, the Xbox 360 and Playstation 3 marked a new period in gaming which was met with an abundance of praise and joy. But, with all that being said, what happened to Xbox Live? It seems to have stayed on the gaming scene but without the most apparent success it showed in the beginning of its lifetime.

For those who don’t know, Microsoft is the company behind the Xbox, Xbox 360, and Xbox One along with a slew of other products. Their first console, the Xbox, was released in November 2002 as the first American produced console since the cease of production of the Atari Jaguar. With the Xbox being the first Microsoft console implementing Xbox Live, the Xbox was able to get a foothold in the online gaming scene due to the inclusion of an ethernet port on the console, something that Sony and Sega excluded on their respective consoles: this would lead to making Microsoft a competitor when the 6th generation consoles came out thus introducing the Xbox 360.

At the time of Xbox 360’s release, Microsoft was and still is in direct competition with Sony as Sony was set to release their own console the Playstation 3. However, the aforementioned ethernet port inclusion resulted in Microsoft being one of the big name contenders for 6th generation consoles. In Microsoft’s new console, 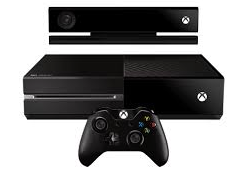 the focus on Xbox Live was focused heavily brandishing how you and friends can all hangout together while playing games through Xbox Live parties. Completely overhauling Xbox Live, Microsoft strongly pushed to make the social aspect online gaming a thing. Adding things such as avatars, voice/party chats, voice messaging, and friends lists, Microsoft pushed players to be a social entity on their consoles as they play their newfound favorite titles.

The reformation of Xbox Live also brought with it the two levels of Xbox Live membership; Live Free and Live Gold. Xbox Live Free is free, hence the name, and offers some functionality but harshly curbs your experience while using the console. Excluding things including but not limited to: Xbox Live parties, online multiplayer, games with gold, and cloud saving. And while these may seem as trivial, they are rather large and impactful features of Xbox Live and the Xbox 360 itself. With the inability to partake in the social aspect of Xbox Live, you are rendered unto only single player video game titles with a lack of means to update said titles or get add ons made by the developers.

That was during the reign of Xbox 360 and Playstation 3. Now gamers have the next gen consoles in the form of Xbox One and Playstation 4, and Xbox Live and PSN are still around being used by millions. But it seems that no one really mentions Xbox Live all too much because of the lack of success against the rival console, the Playstation 4. Regardless of which console you swear your allegiance to, no one can deny that the Playstation 4 came out swinging surpassing the Xbox One in sales and continually doing so until just this year in April but immediately reverted back.

Unfortunately with the widespread, immense success of the Playstation 4, Xbox Live seems to have died down from lack of sales. While it is still implemented and used by the millions of people who own an Xbox One, PSN is used just as much if not more by Playstation 4 users. Also, with paid membership for online multiplayer being common practice on the next gen consoles, it goes unspoken that you’re going to need an Xbox Live Gold membership.

Xbox Live, despite its lack of popularity right now, is definitely not dead yet as it attempts to fight against PSN and deliver the same quality experience fans received when they were using their Xbox 360’s. Seeing how Xbox Live has been around since its creation way back when in 2002, I don’t foresee it dying out any time soon as it will most likely be implemented in the next home console Microsoft creates. With the expected life of both next gen console ending in 2019, only time will tell the future of Xbox Live and if/how it will be used whether it’s the same Xbox Live with more refinement or rather another complete overhaul that adds more immersion to the next Microsoft console.

At the start of the online gaming scene Microsoft put its foot in the door thanks to an ethernet port on their Xbox, and are now one of the two largest home video game console companies reaping profits with each release of their consoles. Despite the die down of Xbox One interest and success, Xbox Live does still exist and is still used by millions of people everyday.