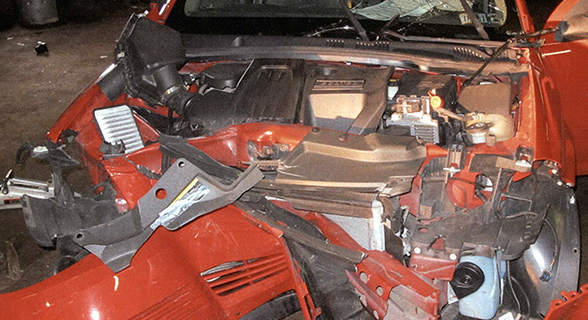 We have all heard the horror stories about General Motors and the bad ignition switches that have cause fatalities and accidents, but now the woes of General Motors have helped get a woman out of jail and get her conviction overturned. The woman had spent three months in jail in an involuntary manslaughter charge, along with reckless driving, and her lawyers were able to argue the cause of her accident was the flawed ignition switch in her General Motors car.

Lakisha Marie Ward-Green is the woman who was driving a 16-year-old home from school in September 2010. While driving in Penn Hills, Pennsylvania, the ignition switch shut off the power to her car, which then disabled the power steering and power brakes, and her attorney said this is what caused the accident. Ward-Green was driving a 2007 Chevrolet Cobalt at this time, and due to the power steering and brakes going out, she crashed into a pole, bounced back into the streets, and then struck a school bus. The boy who was in her car was instantly dead and the airbags in the car also did not deploy like they should have given the impact and force of the accident. Ward-Green’s attorney, Robert Hilliard put the fault on the car, although Ward-Green initially plead guilty to the accident, and the data from the car showed she was driving 75 miles per hour in a zone that was only 35 miles per hour just seconds before the accident.

Hilliard argued that the data recorded also showed that Ward-Green braked and then slowed down to 30 miles per hour at the time she swerved to avoid the school bus that had pulled into the street. When she slowed the car down to 30 miles per hour, that is when the ignition switch shut off, which then led her to losing power steering and power brakes in the car, and that her attorney said is what caused the accident. Pennsylvania attorney Victor Pribanic and Hillaird both argued that the crash was the result of General Motors and the flawed ignition switch, which was recalled over three years after Ward-Green’s accident in 2014. The failure of the ignition switch has since been tied to multiple reports of airbags not deploying when they should have. Hilliard argued that if those airbags would have deployed as they were supposed to, that the 16-year-old boy would have survived the accident. The judge had agreed with the lawyers and overturned the conviction of Ward-Green. After the overturned conviction, General Motors did not comment on the ruling by the judge.

Hilliard has also overturned the conviction of Candice Anderson, who was convicted of involuntary manslaughter in 2004. In this case, the car Anderson was driving ended up crashing and that killed her boyfriend, although it was not known at that time in 2004 that there was an issue with the ignition switches. Hilliard has a pretty solid history when it comes to diverting the attention from the person driving the car to the manufacturer of the cars, and is pretty good at getting seemingly slamdunk cases overturned because of General Motors and possible issue with their products, and he does not seem to be stopping anytime soon.