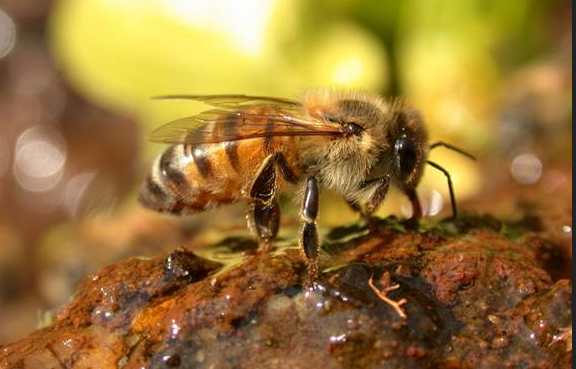 Biologists at UC San Diego conducted a study that has found out that the Africanized honey bees are expanding their presence in California. The Africanized honey bees first started out in Southern California in 1994, but now, researchers say the bees are moving northward, and there is some concern with this new trend, although it is certainly not known whether this is going to be a continuing trend or it was just a one-off type of situation. 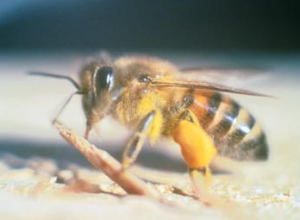 This study was published in PLOS ONE, and it found out that more than 60 percent of the aggressive hybrid of the European honey bee, are Africanized, and these types of bees are now as far north as the Delta region of California, which could spell trouble for residents. Joshua Kohn, a professor of biology at UC San Diego was the guy who headed the study. Kohn said that a majority of the bees that were found in San Diego county were indeed Africanized, and most of these bees people encounter are from the feral colonies and not managed hives. The pattern that is being documented in San Diego county and other places in California are similar to that of those in Texas, which is where the Africanized honey bees first showed up within the United States. There was an initial wave of hybridization, but then the remaining bees have been a mixture of both the African and European genes, although the majority of the genome were from Africa.

The Africanized honey bees were a subspecies from southern Africa and they were brought to Brazil in order to help improve the production of honey, but then escaped and were on the move from South America to Central America. The Africanized honey bees arrived in Mexico back in 1985, but by 1990 these bees were found in Texas, and these are bees you do not want to have around you. These bees are dubbed “killer bees” due to the fact they are very aggressive, and they have a tendency to swarm on its victims, which sometimes ends up being people. The bees have stabilized in Argentina, but the northward expansion of the bees is still going on, and the researchers wanted to know just how fast the northward expansion was happening in California. The researchers, including graduate student, Yoshiaki Kono, examined the genetic markets of 265 honey bees that they had collected throughout the state at 91 sites. The researchers found out that the Africanized genetic traits in the honey bees were as far north as 40 kilometers south of Sacramento, California, which is known as central valley. The researchers collected bees in San Diego and discovered that over 60 percent of the foraging honey bee workers had Africanized genetic traits, but the African traits were only in about 13 percent of the commercial or managed hives. When the researchers looked at the bees that beekeepers had, a majority of them were European. The researchers then found out that the feral honey bees found in San Diego county were smaller and the ones in the northern part of California. According to the biologists, the size of the honey bee is a great way to tell which type the bees are out of the two. The European honey bees were often larger than the Africanized bees. The San Diego county bees were smaller than the ones found north because the northern ones were mostly European.

The scientists are estimating that the Africanized honey bees are capable of expanding out 300 to 500 kilometers each year. An interesting part that the UC San Diego researchers found was that the Africanized bees had only moved 250 kilometers north since what it was in 2006, which means that the expansion rate of these bees in California has slowed down dramatically. The Africanized honey bees also have a hard time surviving in colder temperatures, which then slows down the expansion rates, and this means these bees are close or have research their northernmost temperature limits. The researchers have said that the sampling last spring had followed the warmest winter for California on record and that there is a continued warming trend, which could expand the reach of the Africanized honey bees even more. There are a lot of climate change models out there which show there is going to be a warming trend in the state for the next several years, and this concerning for the biologists. The issue with this is that the more Africanized honey bees are around in California, the more likely there is a chance these bees will have run ins with humans, and this could pose a danger to people who live in the state.

The good news though is that it gives researchers and biologists a chance to improve the genetic stock of the honey bees that are used in agriculture, and they can study why the Africanized bees are often more able to resist certain diseases than some other types of honey bee colonies. The biologists say that by studying these bees they can help find out what makes the managed honey bee populations work as far as genomes and traits go, and this could help stop the decline of the honey bee population. The researchers are very hopeful that they can find out more clues as to why these honey bees that help agriculture are dying off, which can then stop them from dying off, and this can also help the farming industry and many other industries that rely on these manged honey bee populations. For people, the best thing to do is stay away from the Africanized honey bees as much as possible, even though chance encounters can still happen. You do not want to mess with these Africanized honey bees and you should not try to poke at them if you see a hive, and because they are more aggressive, just a little bit of agitation can get them going, which could be very dangerous.