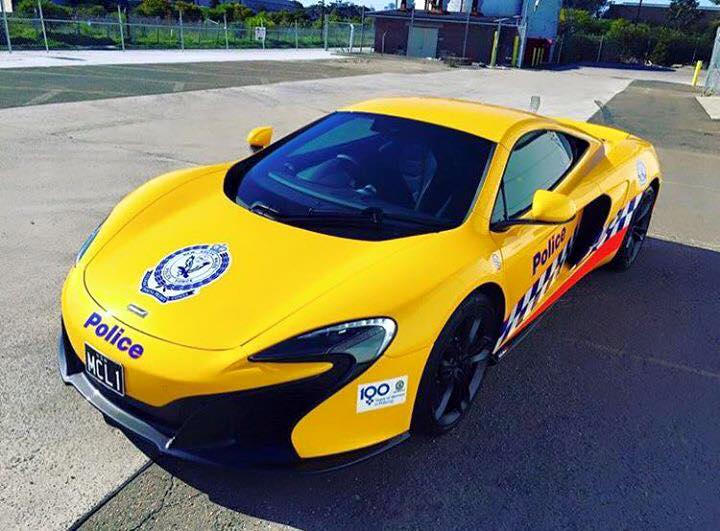 The NSW Police Harbourside Local Area Command just received a McLaren 650S and an Aston Martin Vanqueish Volante for a few lucky officers to drive for their job.

The cars are being loaned to the police department for a few weeks by the dealership, to raise awareness for Police Legacy NSW, a police charity that takes care of serving and retired police officers and their families during times of need. 2015 is the also 100th anniversary of the first woman police officer hired into the police force, and so the department’s supercars will be driven exclusively by women.

A police spokesperson explained, “These sponsorship arrangements are designed to promote community engagement with NSW Police. This agreement is designed to promote tomorrow’s Police Legacy Wall to Wall ride and celebrate 100 years of Women in Policing.”

The supercars have been outfitted with NSW Police branding, complete with the blue-and-white decals to declare their law enforcement affiliation. However, neither car will not be fitted with the regular instruments used for policing, and since they are being loaned, they will not become a permanent fixture on Sydney’s streets. The dealership will cover all the costs excluding fuel. 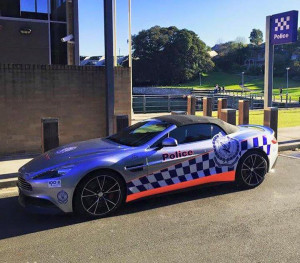 “In line with the long standing NSW Police Force Sponsorship Policy, the vehicles are not operational and have not been fitted with lights and sirens. They will be driven by serving female police officers.”

The blindingly yellow McLaren sells for around AU$450,000, while the silver Aston Martin routinely retails for over AU$500,000. Before being returned to the dealership, the cars can be seen at the Bathurst 1000, a 621 mile touring car race that takes place between October 8 and 11th.

Australians aren’t the only ones to get to play with nice cars, though: the Los Angeles Police Department is purchasing Tesla (NASDAQ: TSLA) Model S P85Ds for its fleet.