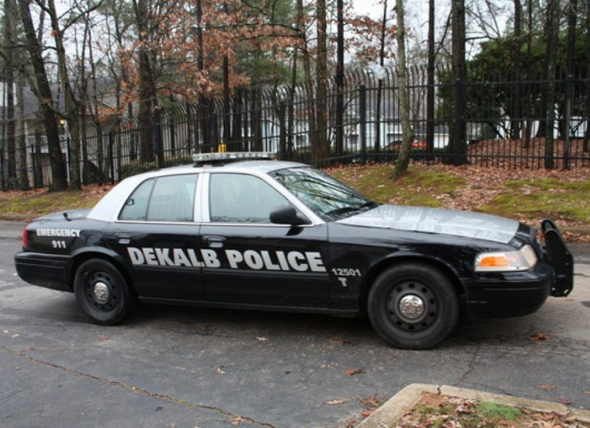 A cop is in critical condition tonight, a homeowner was wounded, and the homeowner’s dog is now dead after a shooting in DeKalb County Georgia, which is about 5 miles from downtown Atlanta, GA. This all happened because the cops ended up showing up at the wrong house, according to news from police Chief Cedric Alexander who called this a complicated shooting. Right now, details are still blurry because the investigation is ongoing and just now starting to come together, but here is what we know based on the police chief and the witness who called 911 to begin with. 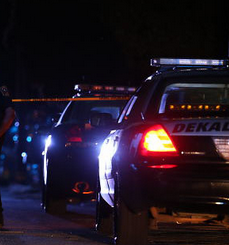 Alexander claims the cop was responding to a call of a suspicious person, ended up at the wrong house, and it’s not clear at this point what all happened or if the homeowner had a gun. As of right now, the cop is still alive, which means that typically the police department would handle the investigation. Alexander said that because of the nature of the case, he is going to ask Georgia Federal Bureau of Investigation to get involved in the case. According to Alexander, there was a neighbor who called 911 to report a suspicious person, and then began giving details about the house to the dispatcher. There were three officers that responded to the area, and then went to a house that matched what the neighbor said the house looked like. The three cops went to the backside of the house and found out that there was a screen door and a rear door that were unlocked, and it appears that the cops just went into the house without saying anything. Alexander has not said if the cops announced themselves as they decided to enter the unlocked door, but he did say the officers had entered the home about the time that the gunfire began, although he did not know who all fired shots and who did not. One of the cops was shot in the leg, ended up losing a lot of blood, and then was rushed to the hospital for emergency surgery.

There is still a lot of unknowns at this point, but the homeowner’s girlfriend was also home at the time of the incident and called 911 to report the shooting. The person who reported the suspicious person had come out, and he was identified as Derek Perez. According to a statement he told the AP, he said he was out walking his dog when he saw a man who had knocked on the neighbor’s door, but he just stood there in the yard. At that point, he heard a loud noise, heard a dog barking, and then noticed the man was not standing there anymore. The man called 911 and reported the situation as suspicious due to the large number of break-ins throughout the neighborhood lately. The man said he was going to go back into his house when he heard the gunshots, but it was not from the same house where he had told 911 dispatchers the suspicious person was at.

Right now, the three police officers have been placed on administrative leave, which is typical in police shooting investigations. The police were also still not sure whether there was a burglary at the house where the man saw the suspicious person knocking on the door. Currently, it is not known why or how the homeowner’s dog ended up dead, although it is possible the hail of gunshots that rang out ended up hitting the dog accidentally, or in some situations, the cops shoot the dogs because they claim they feel threatened if the dog begins moving toward them. There will likely be more details coming out in the coming days as the investigation continues and the cops are able to talk to the girlfriend to know what she saw or heard right before the shots were fired. It is also not known if the other two cops that were at the scene were injured in any way or what their conditions are, and the condition of the homeowner is also not known right now.