Dentist Who Killed Cecil The Lion Returns To His Office 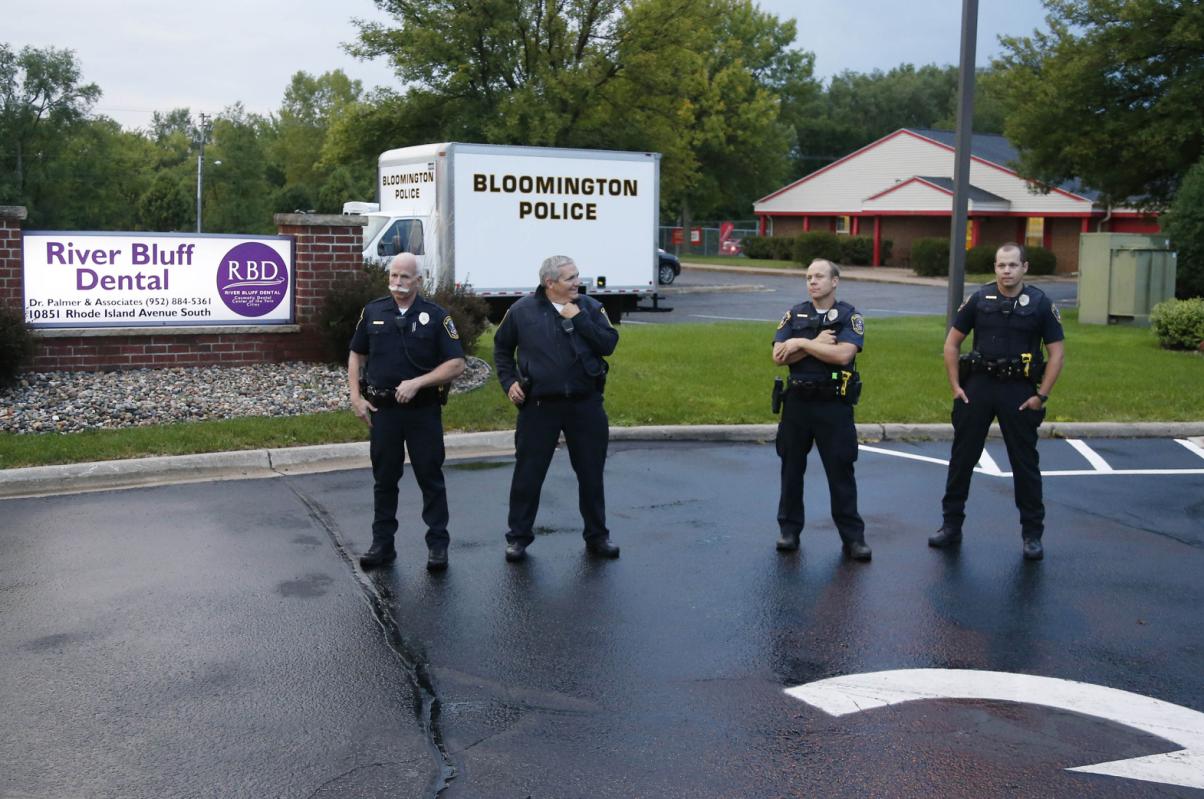 The Minnesota dentist, who angered animal lovers after killing Cecil The Lion, returned to work earlier today. The crowd waiting for him shouted many things as he walked to his office.

Walter Palmer decided to walk straight to his office in Bloomington, Minnesota and did not speak to reporters. He decided to close his office for a few weeks after he was identified as the hunter who killed the lion. Animal lovers stood outside of his office for days and left toys in the entrance.

The death of Cecil, which shocked the world a few weeks ago, stirred controversy on hunting. The killing also prompted three U.S. airlines to ban transport of the animals hunted.

Zimbabwe’s government arrested the two men who accompanied Palmer during his days of hunting. But the dentist left the country before the incident made headlines. The government said two months ago that they were seeking Palmer’s extradition. But he would have to be charged before he could be extradited and the country has not done this.

The River Bluff Dental opened its doors again last month but without Palmer, who disappeared as people in social media made threats. Palmer recently appeared in an interview with the Minneapolis Star Tribune and the Associated Press and said he needed to resume his duties. 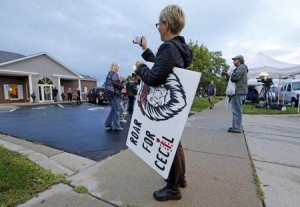 One of the many protesters there was Veronique Lamb, who waited for him to show up. She says she showed up to watch the dentist return to his office like nothing happened. Lamb added that what he did was really bad and that hopefully this has opened the eyes of the people involved in the business.

Not all there showed up to shout things at Palmer, some went to give him support. Ryan Rice, a patient who had an appointment with Palmer today, said he was heartbroken for him. Rice also said that the money paid to hunt usually goes to conservation efforts and that he had no problem with him killing a lion or a giraffe. He ended by saying that he did have a problem with the people that went on social media to criticize him for what he did.

In the interview two days ago, Palmer repeated what he said in the past, saying the hunt was legal and that no one knew the lion was a famous animal in the park.

Hunting is permitted in Zimbabwe and many other African countries. The people who love to hunt, usually pay large amounts of money to get the chance.

Cathy Pierce is still not happy about what happened and said she would like to see him lose his business. She believes that him losing it would send a message to others that hunting is not accepted anymore.

Dr. Thomas Dressel, who went to the office to make an appointment, said he had no problems with hunting as long as its legal.

Authorities in the area decided to set up a security camera before Palmer arrived to keep everything under control.