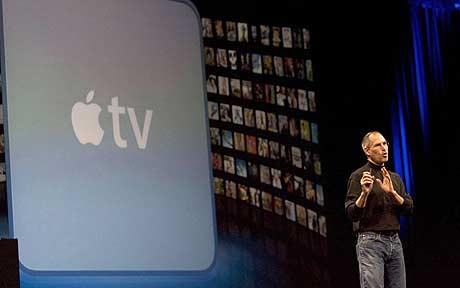 During the month of September, Apple Inc. (NASDAQ:AAPL) debut their latest gadgets at the annual press event. The newest version of the iPhone usually makes an experience, as well as another innovative piece of technology.

For instance, Apple unveiled the iPhone 6 and iPhone 6 Plus during last years press event. Later Tim Cook, Apple CEO, introduced Apple’s first wearable technology, the Apple Watch. Although the Watch was not available in stores until the next year, many people remained excited for this gadget.

The occasion is set for September 9, at the Bill Graham Civic Auditorium in San Francisco.

Although the appearance of the phone will not change, many new features will be implemented in this year’s iPhone. The iPhone 6S is loaded with new upgrades, such as a better quality camera, touch screen, and build in general.

The new iPhone will be built from 7000 series aluminum, the same material as the Apple Watch. This may be in response to complaints made last year of the iPhone 6 bending easily. We may even see a more precise touch screen, allowing you to dictate touch-screen input by controlling how hard you press. This new feature is called the “Force Touch” screen.

This rumor roundup may just be a sneak peek into the new “S” model. The size and price of the phone will stay the same, and the base model will still be 16GB. However many Android phones are doubling the storage space of their entry-level phone.

Apple TV box users have been waiting for an upgrade for three years. However rumors from 9to5mac have hinted towards a better streaming video device. The price will be raised, but various new features will be implemented.

Some improvements include an improved A8 chip, and a colored matching touch-controlled remote. Siri will be enabled on the new box and gaming will be a main focus of the event.

The downside of the update is the price. You will be looking to spend around $149 on the streaming box, a huge increase from $69. This may sway someone to purchase the Roku or the Amazon Fire TV.

Another device that many Apple lovers are anticipating is the new generation of the iPad. The new and improved device will be larger and is rumored to be called the iPad Pro. Similar to the new iPhone 6S, the new iPad will probably be equipped with the touch sensitive screen.

The screen will range from 12-inches to 13-inches, enabling the possibility of supporting a keyboard. Sound familiar? This new iPad may be able to compete with the Microsoft Corporation (NASDAQ:MSFT) Surface.

The wearable tech business is constantly improving, with big players such as Apple and Google Inc (NASDAQ:GOOGL) releasing better watches. For example, wearable Android devices like the Moto 360 Fashion and Huawei Watch have been introduced to the public. Samsung Electronics Co Ltd (KRX:005930) has also unveiled their smartwatch, dubbed the Gear S2. An even bigger update is not necessary on September 9, due to Apple already unveiling Watch OS 2. This upgrade allows third-party apps to run on the watch and for the apps to run more efficiently.

If you are looking to be the first to hear about the new products and upgrades, mark Wednesday on your calendar.