Google Inc (NASDAQ:GOOGL) Plus is getting new features even though the social media experiment has not worked out so well for them since it debuted a few years back. Google is still updating it, even though they have already said they will change things and even admitted recently that it confused users.

A lot of people think Google Plus is disappearing soon, but that is not the case, the search giant is still adding new features to it. The company just added one of them without saying a word. The number of people who still use it may have noticed that before the update they could not share something outside of it.

The new share option was added without any announcements and allows sharing outside the app. People first noticed it after the change was reported on Monday. The new feature can only be used through the Google Plus app.

That wasn’t the only addition, Google also put in Google Plus Collections. This feature can be only be used through iOS devices, which was confirmed by a blog post from the search giant. iOS users who still go on the Google Plus app can add images and conversations to their feeds.

But why is Google spending its time on these new features? A few weeks ago, many thought Google Plus was on its way out after the company separated some apps from the service. Google Plus will soon be completely gone from YouTube and they are no longer requiring users to create an account there. Photos and Hangouts were recently turned into stand alone apps.

The biggest change of them all seems to be the YouTube one. Google Plus was not welcomed by users of the video site when it was introduced a few years back.

Google has been working hard on its new parent company, Alphabet, and its new operating system Android 6.0 Marshmallow. We don’t know much about Alphabet but what we do know is that Android 6.0 will be 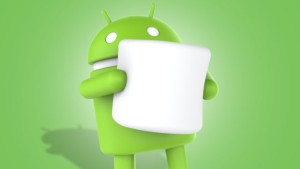 coming very soon. Google Plus will be featured there too according to a recent update, which said the service was being prepared for the upgrade.

Android users can’t wait to try out the new operating system since Lollipop is getting kind of old now. Not a lot is known about the upcoming operating system but according to the Know Your Mobile site, it will be coming with the 2015 Nexus handset. The site also says Google will probably announce the new Nexus phones at the end of this month. Several leaks have already shown what the devices could look like when the search giant finally announces them. One of the devices is said to come with a 5.7 inch display alongside a Snapdragon 810 CPU and 3GB of RAM, as well as a really good front and back camera.

Do you use Google Plus? If so, what makes you keep coming back? Let us know in the comments.