Interest rates have been an issue that has been talked about quite a bit in the past few months, with investors and Wall Street wondering when the Federal Reserve will raise the rates. It did not happen in September as it was first thought it would, mostly due to the economic slowdown in China. Now, there are two more opportunities this year for the Federal Reserve to come in and raise interest rates, which are in October at the next meeting, or possibly in December at the last meeting of 2015. Not only is the Federal Reserve issue throwing off investors, now there is also a possible showdown in Congress which could result in yet another government shutdown. While both of these issues seem just as bad as the other, there is one issue that has investors worried more, since one issue could cause another financial crisis, and the other issue is just a minor inconvenience for most. 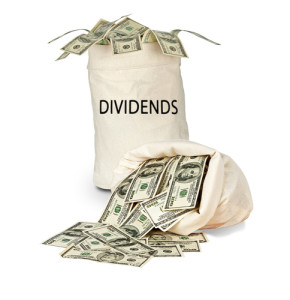 The good news though is that House Speaker John Boehner said he will be stepping down from his position at the end of October, which does actually lower the chances of a government shutdown. The odds of a government shutdown was about 50 percent and maybe a little higher than that, but now that is under 30 percent. Chief strategist Greg Valliere, who works at Potomac Research said that it is under a 30 percent chance now because Congress will pass a bill to avert the shutdown, effectively it will become a going away type of present for Boehner of sorts. Boehner is not a very well liked person inside of Washington, even people in his own party do not like him, so the thought is that there might be some spite coming into the decision to pass the bill, almost like a shot to the leg so to speak, and if spite or revenge is the reason behind it then it does not matter to most as long as it gets done. Investors were happy about this news, because it seems that Boehner stepping away and resigning spells good news for the fact a bill can be passed before the government has to shutdown due to the stalemate in Congress. This is likely what is going to happen investors believe.

The issue though is that the debt ceiling showdown and a possible shutdown is all going to happen in and around December, which makes the chances of a December crisis happening even higher, according to Valliere. A new Republican leader will be in the House of Representatives by that point, but new blood means that it is hard to know how that person would handle this type of possible financial crisis, as they would be essentially untested in this area. Kevin McCarthy, the number two, and a more conservative Republican, could be more willing to fight for the debt ceiling and end up creating the government shutdown, whereas someone like Boehner is more apt to cave into political pressures and avert the shutdown. The White House says absolutely no way that all government funding for Planned Parenthood is going to be cut, which is what some of the Republicans are now wanting out of the deal. The Planned Parenthood government funding is going to be a hot debate in the next couple months as the fight over the debt ceiling begins, and it could be the issue that causes the government shutdown, especially if a more conservative actual Republican winds up taking over Boehner’s job.

To add to those two issues, there is also the economic slowdown in China and also the very low oil prices, which has led to the stock market taking wild nose dives and wild highs ever since, which goes back to the beginning of August. The Dow plunged 1,000 points in late August after the economic slowdown news in China got even worse, and investors have basically been sitting there confused and dizzy ever since. While there have been some rallies, none of them have went on for very long, and now the Dow is back in correction mode. Add to the correction mode it is also back down to the levels that have not been around since March of 2014, which is making even more investors worry as all of the gains have now been destroyed and it keeps going lower, often times not gaining anything on the week by the time the week is over. Congress could decide this week to pass a short-term spending bill, with the new fiscal year starting on Thursday, but that would only push back the potential financial crisis until December. That is the same time where the lawmakers will be arguing and fighting over whether or not to raise the debt ceiling, so that would mean two very serious issues will be going on at the same time in Washington right before Christmas time. The meeting for the Federal Reserve is set for December 14th and December 15th, and it’s been asked whether or not the Federal Reserve would raise the rates in the middle of the hoopla that more than likely will be going on that month. The Federal Reserve has not spoken much about possible outcomes.

Even through all of this, the shutdowns really do not impact the economy or stock market that much, and it’s becoming more of a common issue that there is a shutdown over the sides not agreeing to deals. While it seems odd to investors not to be worried, there is a lack of real meaning behind the shutdowns anymore which is why investors basically shrug it off, and so does the stock market at this point. In October 2013, the government shutdown for 16 days until both the White House and Congress could reach a budget deal, and that was the most recent time an actual shutdown took place. It did cost $24 billion, although really when you look at the $18 trillion in debt America has going. When the last shutdown happened, the stock market only went down 4 percent, so even the markets do not take these shutdowns seriously, as it is more political fodder than anything else. It did not dive too much mostly because people knew it would not last and that a solution would be reached fairly quickly, and if it happens again, the same situation would happen where it would not result in a long-term shutdown of essential government agencies.

The biggest issue would be the debt ceiling, and that really could put a huge damper on things, and could lead to severe issues for the economy, and this is what Wall Street is more worried about. The biggest issue is that Wall Street is very concerned that Congress, the White House and Washington overall will never get over politics enough to actually tackle the issues that are major. The debt ceiling is basically a cap price on how much money America can borrow, and Congress does need to raise this. If this does not happen or happen on time, then that means the American government will not be able to fulfill their obligations and pay its bills. Now, that would end up meaning people like businesses, retirees, veterans, and bondholders would not get their money on time when they are supposed to, and this would be a huge kick in the pants in terms of America’s reputation both here and abroad. It could actually end up causing America’s debt rating to once again be downgraded, and that itself could cause further economic issues for the country, and then lead to even more economic worries and potentially another crisis situation. There is more of a feeling in America that the politicians cannot actually handle making these big important decisions, since it is more of a political game of chess now than anything, and even other countries are seeing how the system has began playing chess instead of taking these issues seriously. If there was a debt crisis as a result of the debt ceiling debate, then that obviously would not help the confidence levels that Americans now have in their political leaders and system. To put it lightly, the politicians are more concerned with their own political gain in these situations and the Federal Reserve is not acting swiftly. A lot of investors wonder whether or not the government is ready to actually begin talking about the real issues, and the debt ceiling fight has shown in the past why a lot of people on Wall Street and investors believe that their best interests are not being taken into consideration.

It was only back in August 2011 when the debt ceiling fight was bad enough that Standard and Poor’s slashed Americas AAA debt rating, and this is still hurting the country even today. This was during the middle of the stock market selloff and the European debt crisis too, so it was a huge global catastrophe. While the stocks did manage to get out of that hole, the AAA rating still has not been restored by Standard and Poor’s because they cite concerns that are ongoing about the political stalemate in America, so we are still paying for this even now. If something like August 2011 happens again, it could hurt the debt rating of America even more, leading to more global issues and concerns, and also making leaders from around the world question the true leadership in this country, and all of that is what is sending investors into a tizzy. It does not appear either that the investors are going to be calmed down anytime soon, especially since the fights more than likely won’t be going on until December when the Federal Reserve holds the last meeting. Essentially that is two months of investors and Wall Street sitting on pins and needles wondering what might be coming.