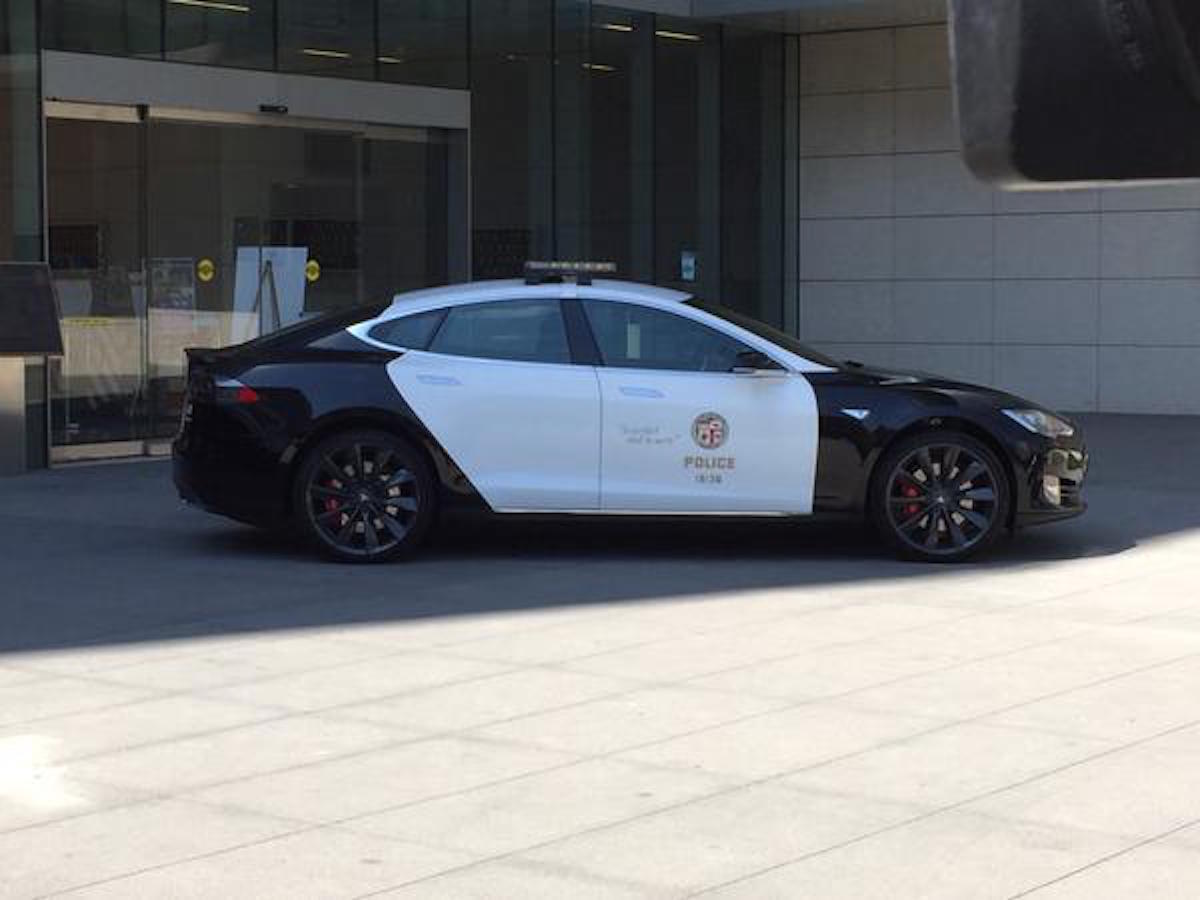 The Los Angeles Police Department just revealed a Tesla Motors Inc (NASDAQ:TSLA) Model S P85D and a Bayerische Motoren Werke AG (FRA:BMW) i3, the two models are now part of the police car fleet and will be tested soon.

The two luxurious models are being loaned to the police department and were unveiled as part of the city’s new plan. Los Angeles hopes to have close to 300 new electric and hybrid vehicles in the fleet soon.

Garcetti said Los Angeles plans to become the largest city with these types of vehicles. With the move, they plan on saving taxpayer dollars along the way. 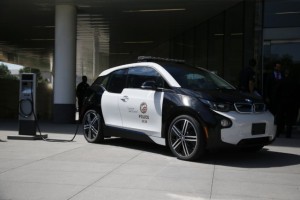 This will be part of the Sustainable City plan, which will make Los Angeles more sustainable. One of the goals in the plan is to attract more buyers and become a city that sells a high percentage of these vehicles.

Of the 160 battery electric vehicles provided by the two companies, 100 will go to the LAPD and its investigators, detectives, and employees. The two models are being loaned to the department for testing and research. Experts will soon determine how this technology can support their future needs.

LAPD Chief Charlie Beck hopes that with the move, others cities will look at them and also make the change. He finished by saying it is a great day for the department and the city.

The Tesla Model S was introduced three years ago and has been a hot seller in Norway and California. Last month, Bjørn Nyland and his friend drove for 452.8 miles on a single charge, setting a new record. The two made the long trip after they saw a blog post from Elon Musk. The CEO challenged its customers to go over 400 miles in a single charge. Several people tried the challenge and completed it, but it was Bjørn and his friend who set the record. The participants that went over 400 will all receive a prize according to the post.

The BMW i3 is a five door electric car that was first unveiled at the 2011 International Motor Show Germany. The vehicle was released in Europe in November 2013. It came to the U.S seven months later with a price tag of $42,275.

The i3 has won several awards, including 2014 World Green Car of the Year and 2014 World Car Design of the Year. The model passed 25,000 units sold four months ago and ranked third among all-electric cars sold worldwide last year.