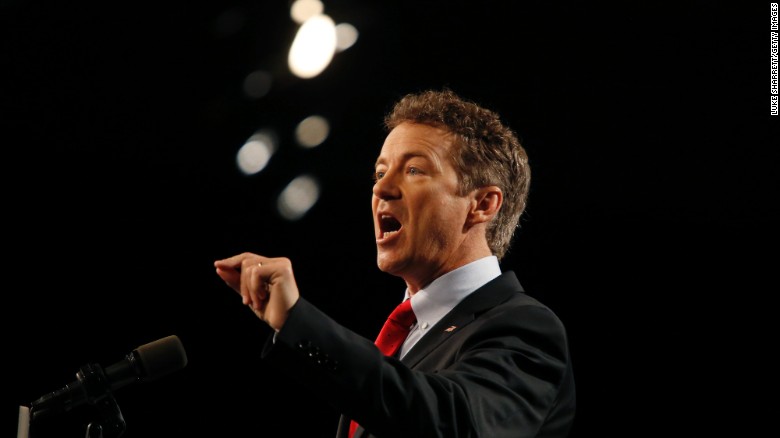 In what could be seen as a very ignorant and very misguided statement to experts and doctors of addiction medicine, Rand Paul said that the heroin epidemic in this country could be helped just by getting people back to work. Paul was holding a meet-and-greet in Manchester, New Hampshire, at the Airport Diner when he began talking about the problems heroin is creating, and part of his plan to get people off of the often deadly illegal drug is to get people working again. This is not his entire plan, but he points to people going to work as a way to combat heroin addiction, but he is not looking at the underlying causes of addiction or the impact addiction has on the brain or how people with addiction often times cannot maintain long-term sobriety. 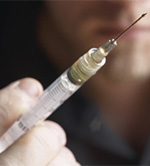 Paul said that “If you work all day long, you don’t have time to do heroin” which is a very ignorant statement when you think about the perils of drug addiction and the brain chemistry that needs to happen in order to get someone addicted to drugs. The Kentucky Senator, who is also an ophthalmologist, should be seeing first hand the damage done by heroin, as it is very prevalent in Kentucky and the surrounding states such as Ohio and Indiana. This has been a very bad year for heroin, with the Centers for Disease Control and Prevention saying back in July that the deaths from heroin-related overdoses have basically quadrupled between 2002 and 2013 just in America. The issue has also become a huge deal in New Hampshire, where Paul was speaking, with the problem of heroin spreading throughout the state even as unemployment levels are the lowest in the nation at 3.7%. If you are looking at jobs as a way to help people get sober, you also have to look at the fact that opiate addiction has the highest relapse rate, with about 90% to 95% of all opiate addicts relapsing at least once. If your saying that people who work don’t have time to become heroin addicts, then you have to look at the fact that people who are recovering and trying to hold down a job are likely going to fail at least once or twice in their quest to life a sober life.

Paul often alks about how Americans need to be working as a reward and not a punishment, saying that the opportunity to work is a fundamental value in this country, and that we need to attach working to everything in life. Paul said that able-bodied people should not get a penny, such as a government handout, unless they work, and he even included welfare in this statement. Paul got a huge round of applause when he said that everyone in America needs to be working.
Paul does have other solutions when it comes to the heroin epidemic, and just this year he was part of the bipartisan group of senators that helped introduce legislation to help expand the treatment for heroin and drug addiction. The legislation was aimed at getting specialists and medical professionals to start providing the life-saving therapies which are assisted by medication, such as Suboxone. Democratic candidate Hillary Clinton also agreed with expanding medication-assisted treatment and her campaign has also put out a proposal to help people with addiction. Paul did acknowledge that some who suffer from debilitating issues can’t work, but he then argued that other opportunities are out there for those people, such as working in less physical work environments like a call center. Paul said he understands that people who are amputees, on kidney dialysis, and those who are quadriplegic might not be able to work at all, but a lot of people, such as those with back problems, can find other work to do. Paul said that everyone who can work at some level, should be working. Paul said that rather than jail time for people who have drug issues or a heroin addiction, the system should be working to help them get proper treatment. Paul said treating heroin addiction and other addictions as a health issue and not a criminal issue would be the best thing to do, specifically saying nonviolent drug users should not be incarcerated because often times it is a victimless crime.

The issue with what Paul is saying is that there is more to addiction than just getting people to work to try to keep their addiction at bay. A lot of addicts have a family history of alcoholism or drug abuse, so there is a wiring in their brains that are different than people who don’t come from that background. The people who have that special change in their brains have a very difficult time trying to undo that wiring because it is a real change in the brain, and just putting them to work does not solve the problem. Once that person with the family history activates that wiring through drugs or alcohol, that person will need a long-term inpatient treatment to undo that damage, and obviously, people who are in an intensive 6-month to 1-year treatment center will have a hard time keeping a job unless they have been at the job long enough to get leave under the Family Medical Leave Act. While it is a good thing for people in recovery to work, because this helps get them back into society and helps them build self-esteem and interpersonal relationships, just having a job is not the answer to serious true addiction.

Another issue about what Paul said is that heroin addiction cuts across all socioeconomic backgrounds, and there are a lot of people out there who hold down a regular full-time job but also are heroin addicts. Not all people who are addicted to heroin are jobless and can’t hold down jobs, with people who are poor and rich falling into the heroin trap. Young people and older people, black people and white people, and people in both rural and suburban areas are becoming hooked on heroin. A lot of these people do have a 9 to 5 job, with many being functional addicts, which is similar in theory to functional alcoholics. There are people who can do heroin twice a week for years without any negative consequences happening to them, and this is proven in the data when looking at who is on heroin. In terms of people who are addicts and use substances, as addiction medicine specialist Dr. Drew Pinsky says, the house of cards will eventually fall down.