When Apple, Sprint, and T-Mobile all offer iPhone early upgrade programs. Which one is best? 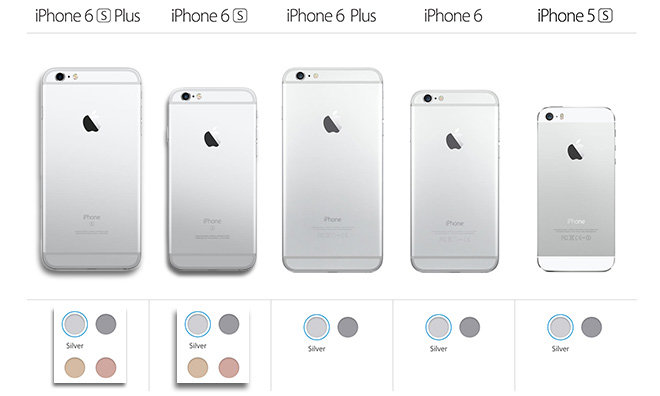 With its new iPhone 6S, Apple (NASDAQ: AAPL) announced a brand new yearly upgrade program to go along with it in an effort to compete with carrier’s upgrade programs.

Immediately, the cell phone carriers stepped up their game, offering their own options to compete with Apple’s. Some of these offering are indeed much better value than Apple’s, some allowing you to even keep the phone for less than retail price.

Apple’s own offering is designed to allow the company to enter the market of phone financing with early upgrades, a game that cell phone carriers have been in for some time now, and with great success. Unfortunately, Apple’s offer falls short of the others, with numbers that look much worse on paper than the carriers’ options.

Apple will let you finance an unlocked, carrier-free iPhone from them for $32.41 a month on a 24 month term, effectively bringing the phone’s total to $777.84. This option includes the AppleCare+ extended warranty program.

But the idea behind this plan is not to just finance your phone: after 12 months of making the monthly payments, Apple will offer to take your old phone and get the next model (iPhone 7?). That means that the yearly cost is $388.92, which gets you whatever Apple’s latest and greatest phone is.

T-Mobile’s (NYSE: TMUS) offer is one of the best. The company is adding the iPhone 6S to its Jump on Demand program, which allows users to upgrade their phones three times a year.

It’s worth mentioning that insurance would cost an extra $8 a month on top of that, or another $144 over 18 months. Still less than Apple’s upgrade program, which includes AppleCare+.

T-Mobile’s program will let you upgrade your phone three times a year, although that isn’t very useful for iPhone users who only see a new model every year. Upon upgrading, the 18 month lease period is renewed.

Sprint (NYSE: S) also has a fantastic promotion going on with its iPhone Forever plan. For $22 a month for 22 months, Sprint will get you a fantastic new iPhone 6S.

After 22 months and making the final payment on the phone, Sprint will have charged you $649, which is the full retail cost of the phone. No big discounts here for those wanting to own the phone, but not an inflated price like Apple’s offering.

Sprint’s offer is pretty basic, letting you upgrade your phone every 12 months. In other words, Sprint’s offer gets you a new iPhone every year for $264. Again, no insurance is included, and Sprint’s insurance packages cost between $9 and $11 a month.

Just because the company that made the phone is offering an upgrade program doesn’t mean it’s the best choice. Both Sprint and T-Mobile’s promotions are much better deals than Apple’s program, even if you factor in the cost of insurance.