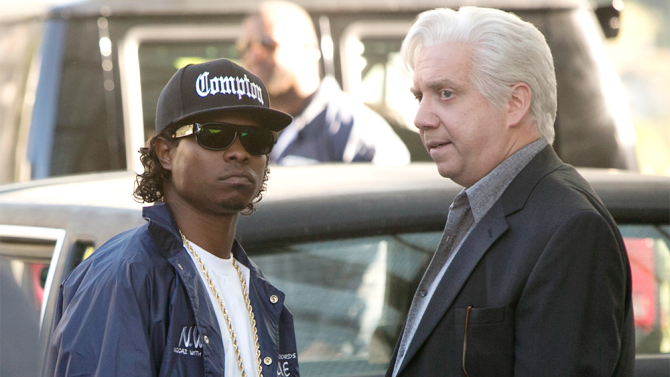 In what would seem to be pretty unsurprising news to a lot of people, although it is still something to be talking about, “Straight Outta Compton” just managed to snag another Box Office record. If you were not aware of this movie, “Straight Outta Compton” tells the story about the rise and fall of N.W.A. The group was super popular in the late 1980s and early 1990s, and was one of the first group ever to talk about “real” issues inside of the black community at a time when there was a lot of social injustice going on in the black communities. It seems that this movie is resonating with millions of people as “Straight Outta Compton” now holds the record for the highest-grossing musical biopic ever in history. 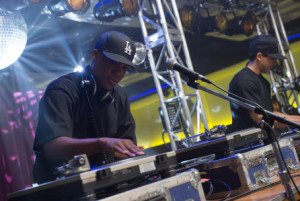 F. Gary Gray’s movie, although not nearly as well-known as movies like “Mission Impossible” or “Jurassic World” has really managed to have success that is hard to come by this day and age in the movie business. “Straight Outta Compton” is yet another successful movie Universal has put out, and the studio has now become the first one out of all of the Hollywood studios to pass $2 billion at the North American box office. “Straight Outta Compton” is still holding the number one position at the box office too, which makes this three straight weeks the movie has stayed up at number one.

The musical biopic that “Straight Outta Compton” just beat out was “Walk the Line” which was the movie about Johnny Cash and June Carter. “Walk the Line” featured notable stars including Joaquin Phoenix as Johnny Cash and June Carter was played by Reese Witherspoon. This was an Oscar-winning film that managed a lifetime box office total of $119.5 million. “Straight Outta Compton” is already at $134.1 million, and that is not a lifetime amount, that is literally three weeks. The Ray Charles biopic, “Ray” previously was in second place, so now it will move down to third place. “Coal Miner’s Daughter” which starred Sissy Spacek as Loretta Lynn is number four, and Lou Diamond Phillips as Ritchie Valens in the movie “La Bamba” moves down to number five.

In case you did not know, “Straight Outta Compton” features relatively unknown actors, although Ice Cube is played by his son, O’Shea Jackson Jr. You then have Neil Brown as DJ Yella, Aldis Hodge as MC Ren, and Corey Hawkins as Dr. Dre. The movie looks at the group’s formation, their quick jump to stardom, and then the fall of the group. There was a lot of material in the movie but some of which was not touched on much, and it could have even been split into more movies because there was just so much information being packed into this movie. When it comes to biopics, and even movies in general, you may think over 2 hours is too long, but this is one movie where you actually wish it was longer because it was just that entertaining from start to finish. There was a bit of controversy for this movie, such as the domestic violence issue, which was the women Dr. Dre beat up years ago, and that did not make it into the final cut of the movie, although it was in the first draft of the movie. The movie also hit controversy because cops through the nation say this movie is depicting acts of violence towards law enforcement and many cops believed now is not the right time to have this movie out there, which shows how law enforcement wrongly was treating blacks back in the day.

That in part is what is making this movie so strong is because so many are identifying with the racial part involving the police, especially if you were around during the Rodney King beating and riots. This movie just hits home for so many people at a time when we are hearing about police brutality all of the time and seeing videos of cops harming citizens. Combine the cop issue with also the rise and fall of one of the first groups to really make waves in the hip-hop community, and then the numerous musicians that came out of that time period, you have a movie that people are just seeing in droves. From A-list stars to the blacks, whites, Hispanics and other groups, it seems that this movie has crossed a line and people who were not even into the group or who are too young to remember that time are getting into the movie.

Jun 14, 2021
PlayStation Blog has posted the list of games that were popular downloads during last month. The list includes some new titles as well as...