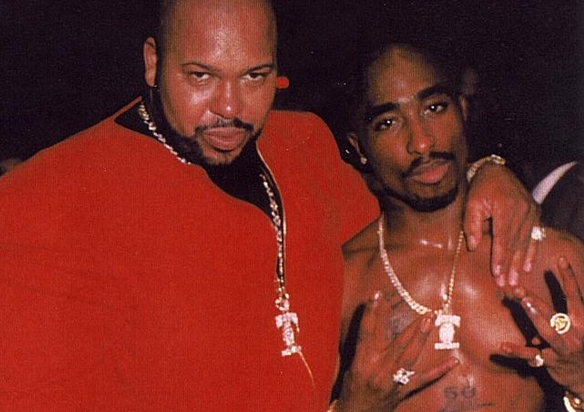 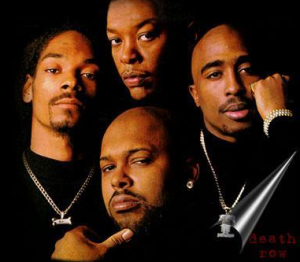 This music biopic would be based on the documentary and book by S. Leigh Savidge, who helped produce “Straight Outta Compton” early on. Savidge’s book really looked into the years after N.W.A., and this was a time when Death Row Records, fronted by Suge Knight, really became a force to reckoned with in the music community. You saw clips of Snoop Dogg and Tupac Shakur in “Straight Outta Compton” but there was not much detail there, and it showed just clips of them being the studio getting their first songs out onto the air. A lot of the secondary players in “Straight Outta Compton” will be in this new movie, and it will all be focused on Knight, his record empire, and the brilliant minds to come out of Death Row Records. Of course, Tupac Shakur is likely to be one of the bigger interests for this movie, because his life and death are still being talked about today, and his death also has a lot of noted conspiracy surrounding it.

It is not known whether Dr. Dre would come in to be a producer on “Welcome to Death Row” like he was on “Straight Outta Compton” but he is a huge part of the second story as well. In “Straight Outta Compton” you see him split from N.W.A., then sign with Knight on Death Row Records, but then he turned his back on Death Row to do his own thing later on. “Welcome to Death Row” although similar would have a lot of other stories in it that would likely mean addressing some of the more pressing issues, such as violence. For Death Row Records, it was no secret how violence and intimidation played into the scene back in the day, with many stories about Knight intimidating other record labels and artists, and getting into altercations left and right. There is also the issue with Dr. Dre and him being violent towards women during this time as well, with one story in particular that was cut out of the first movie “Straight Outta Compton” but that Savidge did put in it.

In terms of interest, it seems that everyone is going to try to get into the gangsta-rap biopic realm since “Straight Outta Compton” exceeded all expectations and has been busting records and scoring huge with audiences of all skin colors and ages. “Straight Outta Compton” really set the stage for there to be a part two movie about the coming up of the artists Knight was known for helping produce, such as Snoop and Tupac. The issue though if you have read into any details surrounding Death Row Records, is that there is a lot of pointing fingers and accusations and beefs, and this could make it more difficult to really try to find truth to put into the movie. Currently, Knight is in jail on murder charges, and it’s not known if that is going to be addressed in the movie or if the movie will go into details about the accusations surrounding Knight when it comes to the East Coast vs. West Coast battle from the 1990s.

Savidge recently appeared on the “Adam Carolla Show” podcast and talked in length about the documentary and book he wrote about Death Row Records, and also went into some detail about the process of writing “Straight Outta Compton.” Savidge also talked about himself being a victim of Knight’s intimidation tactics, including letters and voicemails that were coming in trying to stop the information from getting out. The details that Savidge talked about in the podcast put everything into perspective as far as “Welcome to Death Row” because since Knight is in jail on murder charges, this might be the best time to move forward with the movie, since that is likely to key down the intimidation and fear that Knight is known to put into people who talk about his past or his life in general. If you want to hear some stories about how some of Knight’s past went down, tune into that podcast to learn some insight into his life, and how this movie could come together.