There are a lot of young job seekers out there who are looking for employment opportunities, and it is because of the economy a lot of these workers are looking for work online. The issue is often that there are higher unemployment rates for young people in this country, due to lack of job availability, these young workers are getting caught up in the scams. 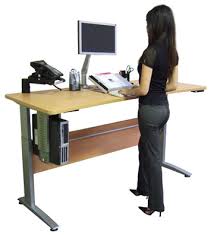 About one in every six job seekers in this country are falling for scams in terms of online work opportunities, but a majority of those who become victims are the youngest of the job seekers, which was found in a new research study. While young people are often thought of to be the most internet-savvy out of all of the groups in the workforce, it seems that they too are likely to get caught up in the work-from-home scams. Even though this seems odd that the most internet-savvy group is getting caught up in the online scams, it actually makes sense when you realize that this is the group that has one thing the other groups don’t have, which is desperation for employment. The millennials as they are known, while often the most tech sufficient are more desperate to get a job, especially when they are not being hired even after obtaining a college degree. For the month of August, the unemployment rate was at 5.2 percent, but the millennials end up driving up the average. When you look at 20 to 24-year-old people, the unemployment rate was 8.8 percent in August, and the 25 to 29-year old group had a 6 percent unemployment rate. This means that because the millennials are often the biggest group without jobs, they become the biggest targets for scammers, especially online.

FlexJob, which is a job searching website took a survey from users and found that from around 2,600 people who had responded, 17 percent said they had at least once been a victim of a scam. 20 percent of the respondents who were between 20 to 29 years of age said that they had been scammed, but only 13 percent of people between 60 to 69 years of age reported being scammed. Even though the methodology was not immediately known, this survey points to a huge problem within the millennial generation who is looking for work, which is that they are more likely to give out personal information to scammers in hopes for employment. There are a number of reasons why the numbers show what they do with the millennial generation, including that millennials are more likely to give out personal information over the online marketplace without thinking too much about it, which then makes them more likely to become a victim. There are a lot of older people out there who are more reluctant to hand out their name, address, phone number and other information that could be used online to scam them, which could be why they end up being scammed less in the long run. There is also the issue that the millennial generation is more apt to know after they have been scammed, whereas the older generations might not know they indeed were scammed unless they happen to have their identity stolen or another issue. Basically, the older generations who are less tech savvy might not realize they were scammed, and instead could just think nothing came of the job offer, when in reality the millennial generation is more likely to see the opportunities were scams after the fact. Another issue is that since the millennials are more tech savvy, they are more likely to be using the computer to look for work, and thus that drives up the average in terms of how many of them are scammed online. There probably are not anywhere near the amount of older people using the internet for work as there are younger people, so it’s natural to think younger people who are a bigger user base, will end up being scammed more often.

When you look at the scams online, most of them are after your money or are looking to steal your personal identity, sometimes in order to open up credit lines using your information. In terms of the damages that can happen as a result, not only will you spend a lot of time and money to try to get the errors corrected, it takes away your personal security and you will feel violated because people out there have your very private information and are using it to either make money or try to get items using your credit that you worked your entire life to obtain. In order to keep your information safe while online, never fall for the job offers that require you to pay anything in order to get through the hiring process, and of course, unsolicited offers are often scams too. If you see a job offer where you are going to be getting a lot of money for a little work, that old saying, if it’s too good to be true it probably is fits really well here. Also be careful when applying for jobs online and do not share too much personal information during the online part of the process, even if it is a work-from-home job where you are required to fill out a job application through an online website. Always make sure the company you are dealing with is legitimate and make sure that the information is on a secure web server before inputting your data, since that is putting your financial and personal safety at risk. While work-from-home jobs are real and out there, you need to do your homework and verify the legitimacy of the company and the website before moving on in the process, and if it does not feel right to you, then you need to immediately stop and trust your instincts.

The main thing to remember, whether you are a millennial or even an older generation is that out of work can make you depressed and desperate, but there is no job out there you have to have. It might stink being out of work for a long time, but having your personal information stolen or your financial information stolen can be a much worse burden and process than sitting at home for a few months waiting for a job to appear that fits the skills you have. It takes years sometimes to undo the damage from having your identity or personal information stolen, and in the long run, it is not worth it to put yourself out there in the hopes of getting a job that does not exist in the first place. Millennials and other groups need to just be wise when dealing with online job opportunities, and remember that in desperation comes people who will feed off those feelings and emotions for their own personal gain.